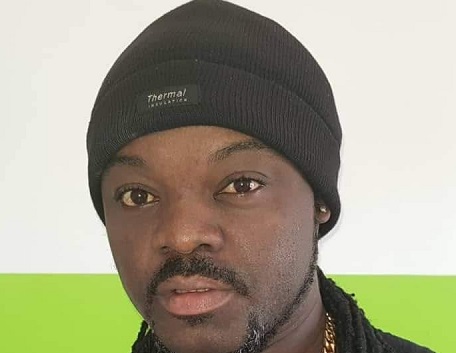 As expected, the talk about Nigerian artistes being better than Ghanaians was once again ignited after Nigerian acts Burna Boy and Wizkid picked two awards at the 63rd Grammy Awards which took place on Sunday, March 14.

While the win was a plus for the creative efforts of Nigerians and in general, the African music industry, it became a motivation for critics to take on Ghanaian artistes and their music.

For many of such critics, the wins by Burna Boy and Wizkid were validation of their stance on the poor quality of Ghanaian music but Hiplife artiste, Barima Sidney, says that analogy is far from the truth.

Speaking with Graphic Showbiz, the African Money hitmaker said Nigerians seemed to be far ahead of their Ghanaian counterparts because they had the connections at the right places.

“Grammy is good and all that but for the Ghanaian artiste to get there, it’s not all about doing ‘fine fine’ music. We need people to push the songs and for Ghanaians, we are not there.”

“The truth is that Nigerians are all over the place, pushing their artistes to the right people who call the shots in global music. Can Ghana boast of the same? The secret of Nigeria’s music is that they have people all over the world. If you travel a lot just like I do, you will know the networking strategy the Nigerians are using.”

“But the question is, who is doing that for the Ghanaian artiste? How many executive producers and record labels can we even boast of? It’s not about the Ghanaian musician not being talented but it’s the absence of networking. Doing fine music is important but building the network that gets us the global attention is the most important,” he stated.

In the view of Barima Sidney, whose music career spans over two and half decades, it was very unfortunate Ghanaians had such unpleasant sentiments about their own.

“It seems Ghanaians easily forget where we have come from and who we really are. You see, this thing about Grammy and going international is not new to Ghanaian creatives.”

“Perhaps, we have forgotten about the likes of the Osibisas who set the pace and not just shot Ghana’s name on the global stage with their craft but also brought good tidings to Africa.”

“Apart from music, Ghana has always been a pacesetter in movies which others emulated. Have we forgotten about the days of I Told You so when some world class directors came to Ghana to shoot their movies and we sold the creativity of Ghanaians to the world?”

Read more: Adjust to change or ‘die’ - SkrewFaze to colleagues

“So we started this but as I said earlier, the lack of networking in recent years has been our biggest setback. Let me state that, on a very good day and on a level playing field, we are always better than the Nigerian artistes and that is a fact.”

“Just listen to Stonebwoy’s collaboration with Keri Hilson on Nominate and other such partnerships. It’s rather unfortunate our own people think so lowly of us,” he stated.

Barima Sidney, who is known for songs such as Papa No, Mutashi, Paano Shew, Enko Yie, Who Born Dog among others, entreated his colleagues to be more aggressive in the promotion of their songs.

“The Nigerians are daring, they move and penetrate everywhere but we are laid back so we should up our game in that regard since it takes more than doing fine music to get to the global stage,” he said.