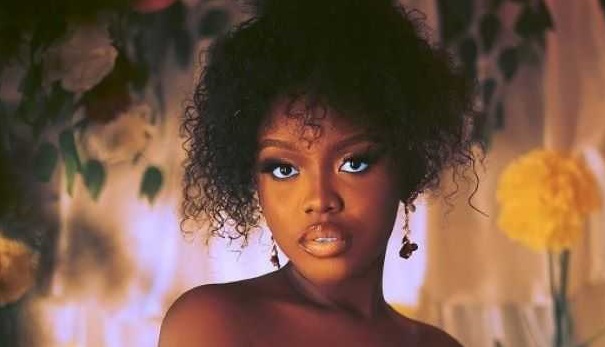 She received three nominations in the categories of Afrobeats and Afropop Song of the Year, EP of the Year and Best New Artiste.

However, the old student of T.I Ahmadiyya Senior High School in Kumasi never had the chance to deliver an acceptance speech for an award on the night. Her inability to grab her maiden trophy at the biggest music awards event in Ghana saw mixed reactions on social media with her fans assuring her of a better chance next year.

That is a prophecy that will surely manifest because of Gyakie’s sterling performance on the music scene in both Ghana and Africa.

For instance, her song Need Me released in August this year, had 13.5 million streams and 1.7 million listeners from 177 countries on Spotify by December.

In a conversation with Graphic Showbiz on Tuesday, December 21, Gyakie mentioned that she was counting many blessings in 2021.

“Of course, it has not been an easy path since I released my maiden song in 2019 but I have many blessings that came through for me in 2021 that I’m forever grateful to God for.

“I’ve had the chance to work with some of the prominent artistes in Africa, my music travelled around the world and I know that 2022 will be better than this year,” she said.

In 2019, Gyakie released her first single titled Love Is Pretty and followed up with Never Like This. In August 2020, Forever, one of the songs on her five-track Seed EP brought her fame, enjoying airplay and leading charts in Ghana, Kenya, and Nigeria.

Some of the other feats Gyakie chalked this year are representing Ghana at the BET Africa Soul Cypher 2021 and becoming the Top Female Artiste on Boomplay in 2021 with Diana Hamilton and Wendy Shay.

She won YFM’s Next Digital Star in 2021 and was featured on R2Bees’ Back to Basics album. She also featured on D-Black's single Sheege.

Read also: No pressure to maintain my dad’s legacy — Gyakie

Apart from features, Gyakie headlined The Love Experience with Gyakie in Kumasi and Accra in September and December respectively. She also had her own concerts in London and Birmingham and performed at the Ghana Music Awards UK in September. She also performed at Stonebwoy’s Bhim Concert on Tuesday, December 21.

She is also billed for some of the biggest events during Christmas, including Rapperholic (Dec.25) on Christmas Day and Wildaland on Monday, December 27.

Gyakie, who recently completed the Kwame Nkrumah University of Science and Technology (KNUST), cautioned revellers to follow all the COVID-19 protocols at the many events coming off during the holidays, especially with the new Omicron strain of virus recorded in the country.

“Christmas is a season of fun and merry-making but we should be wary of the coronavirus and observe all the safety precautions when out there,” she said.