Okuntakinte defines his own music 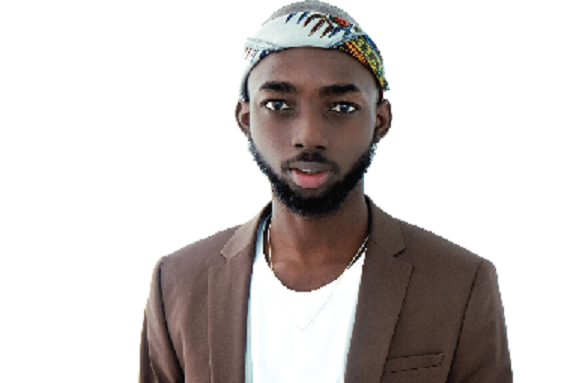 Music in Ghana evolves each passing day, as generations discover new rhythms that challenge the course of melody and the definition of Ghanaian music.

In the midst of this has emerged  a new sensation who has over the past year, introduced an exciting genre, which delivers soothing entertaining dance music called Afro EDM.

Afro EDM evolved from the global sensational genre called EDM (Electric Dance Music), which is characterised by a broad range of percussive instruments with synthesised rhythms.

Joseph Awuah-Darko, stage name Okuntakinte, strongly inspired by the love of drums, and everything African, is leading the charge in Afro-electric dance music.

Okuntakinte seeks to carry the torch of the legends such as Osibisa, Fela Kuti, Mariam Makeba etc, who came before him. Okuntakinte who rose to popularity after breaking the Internet with his controversial #MelaninGirls campaign against skin bleaching, is slowly but steadily pushing the limits and forging a new path for Africa with his art.

Okuntakinte's talent showed very early in his life in 2007 when he was selected by his school to sing for Ex-President George W. Bush during his visit to Ghana. In addition to many other musical and acting stints, Okuntakinte found his passion early and nurtured it till he was ready to showcase it to the world professionally.

As far as creativity and originality is concerned, Okuntakinte comes with a mixed bag of fine art, painting, writing and singing which makes him the perfect vanguard to champion the course of the new genre. If anything is clear, his song Summer of X plays on the uncertainty of love and takes listeners through his thoughts. The accompanying music video clearly gets the listener to not just appreciate but understand the thought-process that guides his art. His musical and artistic influences come from historical figures such as Jean-Michel Basquiat, Billy Holiday, Fela Kuti, Nat King-Cole and Amy Winehouse.

Okuntakinte as a brand shows a strong commitment to simplicity as a way of life and is becoming a part of the simple fashion movement with a dedication to clean aesthetics and timeless pieces entwined with Afrocentric trinkets.

His biggest song so far, Melanin Girls celebrates dark skinned girls and brings to light the beauty that radiates from being black. This song was supported by a social media campaign that blew out of proportion and attracted interviews the world over ranging from the BBC to CCTV.

For the future of music and Ghanaian music for that matter, Okuntakinte provides a great springboard for the adventurous while giving the up and coming dreamer the hope of better things to come. The success of the Melanin Girls campaign has paved way for a remix with sensational South African singer Moonchild Sanelly. The duo plan to release this Melanin Girls remix in South Africa to reiterate the message of beauty in being dark skinned.

Also, ahead of the elections in Ghana, Okuntakinte just released his Black Magic single and video to address the socio-economical emancipation of the African man and the need to move from the mindset of dependence on foreigners. It preaches the fact that Africans, as a people,  have the capacity to generate their own wealth and sustainability. Okuntakinte says, “In the face of adversity, we possess an enigmatic strength that empowers us to attain greatness. You have black magic, I have black magic and we have black magic”.

There is more to definitely come from Okuntakinte and he is bent on putting Ghana on the world map. Okuntakinte is signed to Jah Lion records and is managed by Meister Music management same label with Mr Eazi owned by Mr Benard Kafui Sokpe. The  management label based in Ghana focuses on making successes out of African artistes.