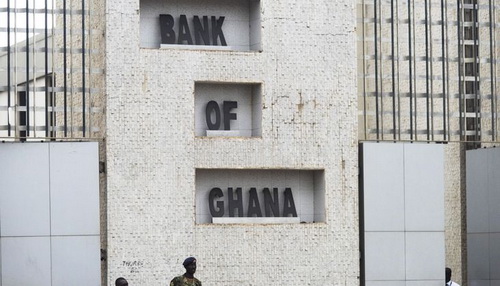 Businessman and philanthropist, Alhaji Seidu Agongo has asked state institutions in Ghana and Africa to fully support indigenous entrepreneurs and businesses to create wealth and prosperity that can help narrow the inequality gap in the country and the continent at large.

He noted that although Ghana had become a land of freedom for businesses to flourish, a series of challenges resulting from improper utilisation of state resources and authority had made it difficult for indigenous entrepreneurs to succeed.

In an article due to be published, the significant shareholder of collapsed Heritage Bank Limited said that attitude and “environment” needed to be cured for the country and Africa as a whole to progress and bridge the inequality gaps.

The article is titled ‘Ideas aren’t enough; Environment is king but Ghana must be an exception.’

“As an entrepreneur with appreciable number of years of experience, there is no gainsaying that an indigenous entrepreneur is five times likely to fail where his/her foreign counterpart would easily succeed. That has nothing to do with intellect; it is an ‘environment’ challenge,” he says in the article.

“And like good and bad, this has been unfortunately suffered by many entrepreneurs in the continent with Ghana not being an exception. In short, while bankable or business ideas is king in other jurisdiction, the environment -- a pot of soup comprising attitudes, laws, policies, politics and politicking, state agencies and their agents and the agendas of politicians and their assigns -- determine the success or otherwise of businesses in Africa,” he noted.

Making a strong case for Ghanaians and the government to support local businesses, the philanthropist said “the mere fact that local businesses are ‘one of our own’ and also start small means that they deserve all the support that the country can garner for them.

“Yet, that is never the case. Here, unlike elsewhere, consumers see products of local businesses as test-case products that must proof themselves before they enjoy patronage. As a result, trust and patronage are limited, resulting in weakened growth,” he added.

He said it was disheartening that the state, which was the biggest consumer in every economy, had often failed to use its purchasing power to “deliberately empower their own in business and create giant companies that can bridge the poverty and unemployment gaps.”

“Indigenous businesses are sometimes viewed as partisan and given raw deals by politicians. These politicians use the state’s swelling power to marginalise those they disagree with and in the process, deprive employees and potential ones of life changing jobs,” he said.

This attitude, he said “dampens local investments and boost foreign direct investment; a disconnect that we seem to have been happy about as a nation.”

He asked the country to learn from the USA, Britain, Germany and China, among others, where the state uses “its purchasing power to deliberately create and sustain indigenous entrepreneurs and lift its citizens out of poverty.”

To do this, Alhaji Agongo said the state agencies must first “see themselves as agents of positive and sustainable reform rather than as detractors.

“State institutions and their heads must prioritise repairs, not collapses or damages and they must create environments that do not force locals to look above their shoulders when making investment decisions.

“Like I have said elsewhere before, for Mother Ghana to succeed, we all need to see ourselves as a part of a whole, working to better the lots of our own country and creating prosperity for the future.

“We need to appreciate that when indigenous businesses succeed, the rippling effects on the citizens and the economy do not come wearing political colours.

“In an era when private sector, not the state is driving economic growth, we in Ghana need to rethink how we treat businesses.