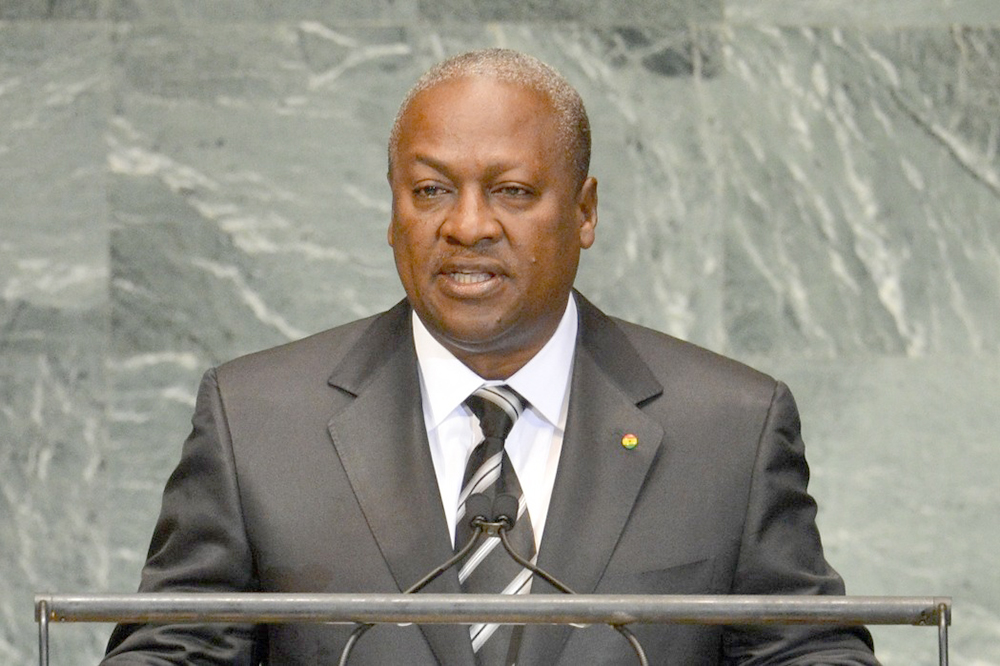 The Chief Executive officer of the Chamber of Agribusiness Ghana (CAG), Mr Anthony Morrison, has said the two major parties vying for government should find a way of building first a national agricultural information management system.

He said there was no available data and that the agricultural census that began six years ago was yet to be completed.

“The data being collated is still not centralised and analysed. We keep talking about we will do this, will do that, which data is informing those things?”

“Projection is done based on available data but what we use sometimes are archaic as 1982, 1997. How can we be using that data?” he quizzed during an interview on the manifestos released by the two major political parties, namely the National Democratic Congress (NDC) and the incumbent New Patriotic Party (NPP).

They have unveiled their manifestos detailing their programmes to improve agricultural productivity.

He said sometimes the country relied on multinationals for data and which did not augur well.

“Moving forward, any agric project implementation must be based on current and very robust available data verifiable on the ground,” he said.

He noted that there have been talks on the need for some support systems for farmers but the manifestos did not seem to address alternative and sustainable financing mechanism for farmers.

Mr Morrison argued that looking at the amount of money that goes into importation of food stuffs, nothing less than US$2 billion annual investment was expected in the agric sector because the country paid in excess of same amount to import.

“Aside from fertilisers and the rest, we are importing almost every food including frozen meat, sugar, frozen chicken, oil and rice. It is becoming a mockery so it is an area that I think we should continue to invest in,” he said.

Also, he said government should dissociate itself from the whole value chain and allow the market structures to work because there is shift from policy entrenched agric productivity to market entrenched agric productivity.
“Let the market determine and set the pace for the policy it is coming to support but not the policy coming in to support productivity. We need to move away from policy strategy to engage fully on market preferential as a country,” he said.
Read; Agric lending -No amount can instantly transform the sector -Robust infrastructure for marketing of produce key

He added that irrigation, post-harvest and mechanisation technologies were needed because they were very critical now in advancing agric productivity.

“All the above cut across crops, livestock and aquaculture. So, if any of these things are not available in their manifestos then it is a failure,” he said.

In the build-up to the 2020 general election, the NDC launched its manifesto on Monday, September 7, 2020 in Accra, on the theme: “The ‘People’s Manifesto: Jobs, Prosperity and more.”

It will also set agriculture as the central focus of the economic policy by: using agriculture as a tool to contribute to managing the exchange rate; increase direct budget expenditure on agriculture as a share of total budget expenditure from the present seven per cent to at least 10 per cent; double the value of domestic, and intra-regional and global export demand in agricultural services, commodities and manufactured products; and take advantage of the emerging opportunities in ECOWAS and the African Continental Free Trade Area (AfCFTA) to expand Ghana’s market.

Chiefly, an NDC government says it will ensure the consistent annual increment of the cocoa price to make farming more attractive, especially to the youth, construct irrigation dams across the country and increase beef cattle production by improving the production of silage hay and fodder banks to support ranching of cattle.

It said it would complete the construction and operationalisation of the Fisheries College at Anomabu, hand over the management of pre-mix fuel to pre-mix committees under the supervision of Landing Beach Committees and align infrastructure development to key agro-productive zones.

On the other hand, the incumbent NPP on August 22, 2020, launched its 2020 manifesto dubbed: “Leadership of Service: Protecting our Progress, Transforming Ghana for All,” at the University of Cape Coast in the Central Region.

The NPP says its plan over the next four years is to incorporate the lessons learnt from the coronavirus pandemic, build on what it has achieved, and consolidate the progress it has made on all its flagship policies, programmes, and initiatives across the various sectors, including rebuilding the agricultural sector through the Planting for Food and Jobs (PFJ).

“We will accelerate support for farmers through increased supply of inputs, enhance involvement of farm extension officers to work with farmers and breeders, increase disease control and improve warehousing and post-harvest logistics,” it stated.