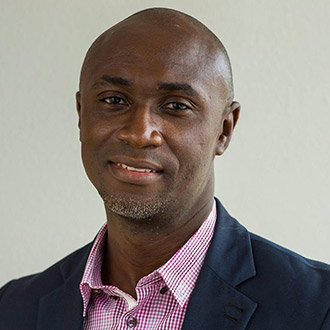 The Ghana Securities Industry Association (GSIA) said it has noted the decision by the Securities and Exchange Commission (SEC) to begin paying clients of collapsed fund management companies their locked up funds before the end of the year.

It said “The SEC’s release is no doubt timely given the severe distress investors who invested their cash through these firms have been under more so when there has been a lot of uncertainty regarding payment of their investments as promised by the government.

Reacting to the update on the release of funds to the clients of affected collapsed investment and fund management companies in a written response to the Graphic Business, the association said: “To date, less than Ghc90 million out of Ghc1.58 billion due these investors has been paid in cash. This represents less than six per cent of the total amount due. However, we are yet to realise the fulfilment of a promise by Government to pay up to 20 per cent more in cash, leaving 80 per cent in bonds.

A commitment to pay clients of firms whose licenses have been revoked while customers of operating firms are still waiting for cash pay-outs sends the wrong signals to the industry; the pay-off for having a license revoked may be more than that for keeping an investment firm in operation.”
Read: SEC can’t pay investors now: Over GH¢4bn claim discrepancy ...

GSIA also noted that; “The Situation Fund Managers are generally aggregators, so most fund management firms presented ‘grouped’ claims on behalf of their clients, and not individual claims, to the Receiver of collapsed Microfinance Institutions (MFIs) and Savings and Loans companies (S&Ls). This resulted in treatment of claims presented as single claims by Fund Managers and not as individual investors of fund management firms. As such, a large number of investors of fund management companies remain unpaid.”

According to the association, “communication from various government sources that 96 per cent of investors have been paid has only served to cause more worry in the sector as investors demand their cash from Fund Management firms who are still waiting for these funds.”

The association said “Given that government has now communicated that there has been a 96 per cent pay-out of the proposed 20 per cent can now not be explained away to clients.”
Rea
Subsequently, it proposed two alternative paths forward, first calling on the government, through the Ministry of Finance, to urgently increase the proposed cash pay-out to levels that properly reflect its communication to the public.

Secondly, it called for a revised public messaging that correctly captures the situation on the ground to be released saying  “that so far only Ghc 87 million out of Ghc 1.58 billion has currently been paid in cash to the sector.

Updates to this position can then be made as any additional cash payments are made. We believe that these actions will greatly ease the liquidity pressure in the sector and clarify the situation with respect to investors’ funds held with Fund Managers.”

SEC at the weekend announced that clients of collapsed fund management companies will start receiving their locked up funds before the end of the year.

The decision according to the industry regulator followed a relief granted the Official Liquidator, the Registrar General, to liquidate 22 fund management companies (FMCs) whose licenses the SEC revoked in November last year.

The 22 are part of the 50 FMCs whose licences were revoked “due to their inability to return clients’ funds, totaling GH¢8 billion, and significant breaches of applicable rules that created risks to financial stability”, according to the SEC.

According to SEC, the securities market regulator, said as of last Wednesday, August 26, 98,820 claims, valued at GH¢10.83 billion, had been received against 47 of the companies, with the remaining three having no claims against them.

The claims include GH¢4.65 billion filed against Blackshield Capital (formerly Gold Coast Fund Management Limited) by 82,204 clients, representing 42.93 per cent of the total value of claims and 83.18 per cent of the clients.

Claims filed against Firstbanc Financial Services Limited were 423, valued at GH¢800 million. While the clients represent 0.428 per cent of all persons making claims, the value of their claims accounts for 7.38 per cent, making it the second single largest FMC against whom claims had been filed.

However, the SEC explained, claims validation on Firstbanc Financial Services was yet to start because of its initial failure to cooperate with the commission, in addition to the filing of an application for an injunction pending appeal at the High Court.

The SEC said it did not have access to the records of five companies, against whom 489 clients had filed GH¢87 million in claims.

“We are in the process of resolving the issues to get full access to the records of the remaining five firms,” it said.

The SEC said it had validated claims against 40 FMCs to whose records it had full access, adding that the commission only had partial access to one company and no access at all to the remaining six companies.

“Validation of the claims filed by the clients of the 40 companies to whose records we have full access has been completed,” it said.

It said initially it had partial access to records from Blackshield Capital, alleging that the company only provided an Excel data, representing about three per cent of claims filed by its clients.

“Blackshield Capital initially failed to assist in locating the server for the validation of the remaining 97 per cent of claims till the intervention of law enforcement agencies; validation is ongoing,” it said.