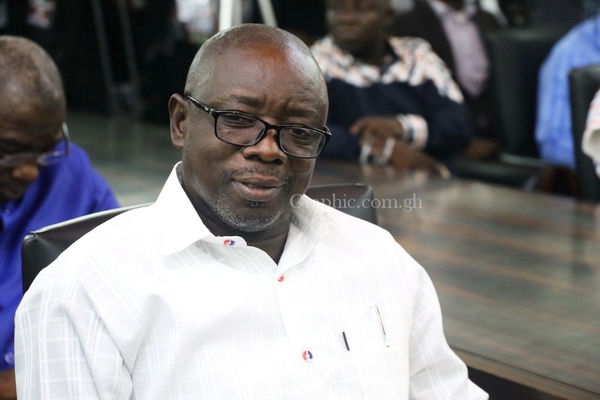 The West Africa Regional Manager (Anglophone) at the Natural Resource Governance Institute (NRGI), Ms Nafi Chinery, has asked civil society organisations (CSOs) and non-governmental organisations (NGOs) to endeavour to do an assessment of how polices are implemented and translated in the lives of people at the community level, particularly mining ones.

She noted that more often these institutions spent a lot of time engaging in macro level policy issues, which are, of course, important but spent little time to assess their impact.

Speaking during a virtual launch of a report on gender responsive budgeting on October 28, 2020, she said mineral royalties were important sources of revenue to the government.

Consequently, the decisions around their allocation, transparency in their disbursements, representation and participation around their implementation, for instance, are critical steps at ensuring equal benefits of development in these communities.

“If these processes are engendered, we could be working towards addressing some of the structural and systematic inequality that exists around access, participation and utilisation of productive resources in many mining communities across the country,” she said.

In the extractive sector, she said steps should be taken to rectify some of the gaps or else, it would be entrenching the systematic and structural gender inequality in the mining communities, and others across the country.

“As the country pursues resource-backed loans and in government’s recent attempt to raise capital in difficult times and leverage the country’s gold royalties for development, it is our hope that the framework for allocation and utilisation of revenues that would be accrued would be guided by the gender differential issues that exist in our mining communities (between men and women),” she said.

The report on “Promoting Gender Budgeting: The Case of Mineral Royalty Utilisation in Ghana,” was conducted by the Africa Centre for Energy Policy (ACEP), a policy think tank in three mining districts, namely, Asutifi North, Prestea Huni-Valley Municipality and Talensi.

A Policy Analyst at ACEP, Mr Charles Gyamfi Ofori, who presented the report, said the Mineral Development Fund (MDF) was found to be an important source of funding, among others, for the three districts, with MDF in Pretea Huni-Valley Municipality at 49.2 per cent, internally generated fund (IGF) at 28.7 per cent and District Assembly Common Fund (DACF) at 22.1 per cent.

“MDF disbursements are more reliable than DACF disbursements and the statistics reinforce the meaningful role they can have in financing initiatives to address gender-differentiated development goals in these districts,” Mr Ofori explained.

Sustainable agriculture and access to capital for trading purposes were identified as the recurring needs of women in the mining districts.

“On agriculture, the MDF should provide access to credit for farm inputs and services such as fertilisers, seedlings and tractor services that women can access and pay back after their harvest.”

“In terms of trade, the fund should provide access to credit facilities required for small-scale businesses in mining communities,” he said.

It emerged that the that the majority of women in the three districts are employed in agriculture (peasant crop farmers), with the figure at 48, 46 and 45 per cent in Talensi, Asutifi North and Pretea Huni-Valley correspondingly.

They face challenges in issues of security of land tenure and access to farmlands, access to capital and agricultural support services and access to markets, storage and processing facilities.

Thus they would prefer that government supplies the subsidised fertilisers on credit and allows them to pay after the cropping season with earnings from their harvest.

A proposed role of the MDF would be for the Local Management Committee (LMC) to provide access to the needed inputs and services on credit to support women farmers.

The report recommended a regulation associated with the MDF Act should prescribe a criterion for gender-responsive budgeting for fund administrators at the district assemblies and the LMC levels to ensure that the use of royalty is informed by evidence-based gender-sensitive development planning and budgeting.

It said such regulations should create revolving funds to address the specific economic needs of women in agriculture and trade.