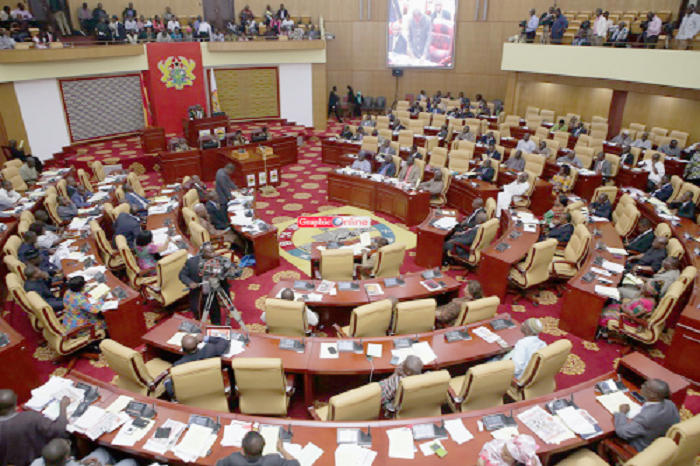 The Natural Resource Governance Institute (NRGI) has blamed Parliament for the lack of accountability and transparency on the part of the Ghana National Petroleum Corporation (GNPC) with respect to its operations at the Sankofa-Prestea Mining Company Limited.

Although Parliament has a role to play in ensuring that GNPC is accountable and transparent in all of its operations, the NRGI believes it has failed in demanding full disclosure of its activities at the mining company.

The NRGI, in its 2017 Resource Governance Index, indicated that although Sankofa-Prestea was 90 per cent owned by the GNPC, its activities and finances were governed in a less transparent manner than that of the GNPC.

Its financial position is reported as part of a consolidated GNPC annual report, but operational information on production, joint ventures and sales are not disclosed to the public.

“EITI’s reports only shed light on production figures. Like its parent company (GNPC), Sankofa-Prestea has also engaged in non-commercial activities by financing public infrastructure projects but the GNPC had failed to provide information of all these projects to the public,” the report highlighted.

As a result, Sankofa-Prestea’s performance was below average in the report as compared to other mining and Extractive Industries Transparency Initiative (EITI) countries and near average compared to state–owned enterprises in sub-Saharan Africa.

The Africa Parliamentary Capacity Officer of the NRGI, Mr Adams Fusheini, told the GRAPHIC BUSINESS that the blame should be laid at the doorstep of the legislature because it had failed to effectively carry out its mandate.

“Parliament has been sleeping and it’s time for them to wake up,” he stated.

He said Parliament should ensure that GNPC practises the same level of compliance with the laws that govern the mining sector and disclose all its activities at Sankofa-Prestea as it does with its mother company (GNPC).

“The report scored GNPC highly because it is going according to the law and fully disclosing its operations but as an institution, NRGI will be pleased to have more information for citizens directly coming from GNPC proactively with respect to the Sankofa-Prestea Mines as well,” he said.

“Transparency is the bedrock of accountability and Parliament should, therefore, demand for the full and detailed information from the GNPC on all of its operations,” he added.

Mr Fusheini also blamed Parliament for its inability to effectively scrutinise the sub-national revenues that go to mining communities.

“The sub-national revenues that go to mining communities are not scrutinised as we do to other revenues. When the money trickles down to the communities, they are treated in a way that will not measure up to standard practice,” he stated.

“There is no detailed guidance as to how the money should be spent so there are instances where at the community level, it is treated as stool money and the decision of how to spend it is not as scrutinised as it should be,” he added.

He said no matter how little the money is, what it is used for should be audited just like any other government revenue and not like stool money.

“Parliament must pay attention to sub-national revenues. It has a lot to do and it must sit up because that is one singular institution where if they get things right, democracy will be beneficial to Ghanaians,” he said.

Mr Fusheini also noted that the country’s Parliament lacked the capacity to effectively carry out its mandate, especially when it comes to scrutinising budgets.

He said the requisite capacity required for very serious work by Parliament to analyse the country’s petroleum and mining revenues that are spent through the budget, clearly doesn’t exist.

“There is currently a scrutiny office but the capacity is not there yet. There is a skeletal staff there but the requisite level of capacity required for fiscal analysis and tracking of the implementation and giving feedback to Parliament on how the various ministries are performing is not there,” he mentioned.

“If you say you want to spend this amount to get this, where are the specifications of what you are looking for? And eventually when it is spent, do we get the same specifications? Are there adequate and satisfactory reasons given for why there is a variance between what was promised and what is achieved? These are all the duties of Parliament. Parliament must have the teeth to bite. They should serve the citizens and not their political parties,” he advised.

“No matter how much Ghana gets from the oil and gas and mining sectors, if the money gets spent and it’s not tracked well by Parliament, forget it; it would have been better if we had left them in the ground,” he said. — GB