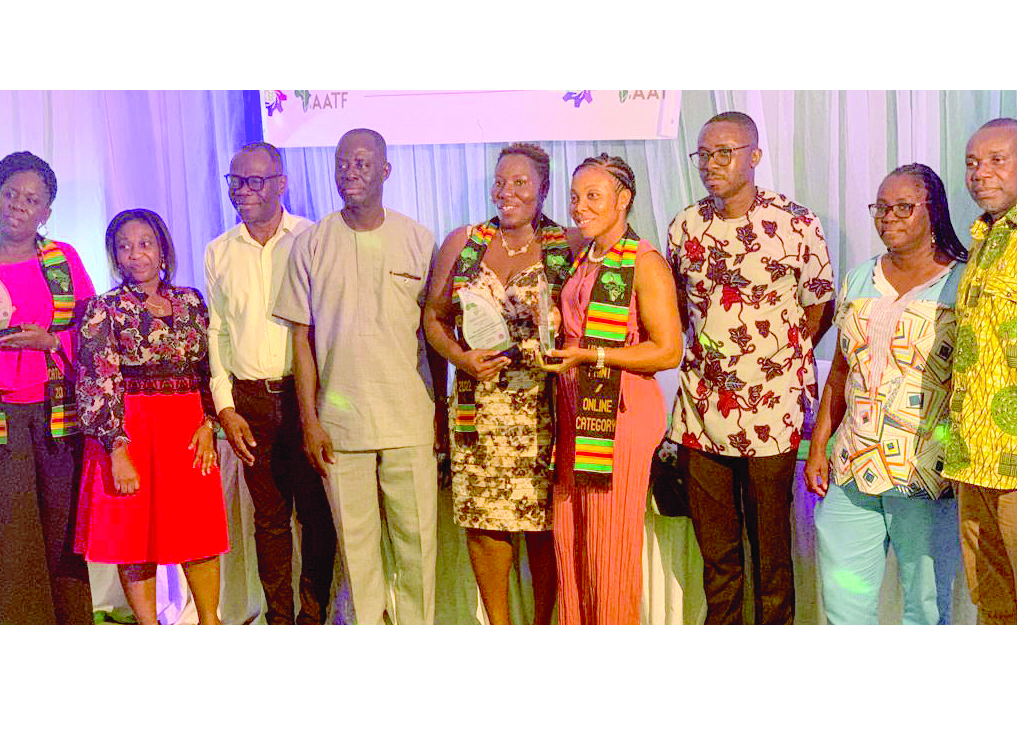 A FORMER Director General of the CSIR, Professor Kenneth Danso, has charged journalists in the country to be more interested in science reporting.

He said it was only through the delivery of accurate science reporting that people would come to appreciate and understand the work of scientists, particularly when it came to agricultural biotechnology.

Prof. Danso made the call at the Open Forum Agricultural Biotechnology (OFAB) Media Awards in Accra.

To him, when journalists teamed up with scientists, it would help address food security threats in the country and beyond.

"Biotechnologies are there to solve human problems," Prof. Danso noted, pointing out that information on the technology could only be made understandable to the public by journalists.

Three female journalists were honoured for their dedication to science reporting, particularly on agricultural biotechnology.

Ms Folley won the print category of the contest whereas Mrs Anderson and Ms Gyekye won the TV and Radio categories respectively.

They were awarded with plaques, cash prices and hampers.

Their reportage focused on agricultural biotechnology, particularly on Genetically Modified Organism (GMO) and how it could contribute to Ghana's food security strategies.

The award scheme is aimed at recognising exemplary journalism that stimulates best practices in the adoption of agricultural technologies.

The award, which is the 5th edition and organised by OFAB-Ghana chapter, was on the theme: "Credible and Balanced Science Reporting in Readiness for Biotech Seed Development".

The OFAB Media Awards, an initiative of the African Agricultural Technology Foundation (AATF), provides an opportunity to enhance knowledge sharing and awareness creation of agricultural biotechnology that will raise understanding and appreciation of the technology and contribute to building an enabling environment for informed and timely decision making.

At the event, a former recipient of the award, Ama Amankwah Baafi, a Staff Writer with the Graphic Communications Group Limited, encouraged Ghanaian journalists to prioritise science-based agricultural reporting.

"Agriculture needs to be given the necessary attention as it is often touted as the bedrock of the economy," she said.

In addition, she noted that, "As Ghanaian journalists, we have a serious and big role to play in correcting the misconceptions about the use of science and bio-technology in agriculture in Ghana."

For Mrs Baafi, many countries had achieved a lot with agricultural biotechnology and it was about time Ghanaian journalists "put out the facts on its (biotechnology) importance so people will appreciate it better".

She expressed the concern that agricultural biotechnology reporting had received less media attention, hence many people had taken advantage of the situation to peddle falsehood about the technology.

"The topic seems to have been relegated to the background or given limited attention and it is, therefore, time to change the narrative by reporting the facts and not rumours about what pertains in the sector," she noted.

Mrs Baafi further encouraged journalists to use their platform to facilitate dialogue on sustainable agricultural practices in Ghana, saying, "It is only by creating the platform for dialogues on agric biotechnology that we can effect policy changes."

She also appealed to agricultural scientists not to shy away from journalists but to collaborate with them in order to make information on agricultural technologies more understandable to the public.

"Our dear agric scientists, I will also appeal to you not to shy away from the media but open up to us so we can understand the issues better and report on them," Mrs Baafi appealed.

The National Coordinator for OFAB-Ghana, Dr Richard Ampadu-Ameyaw, said the establishment of OFAB-Ghana had helped publish credible information on agricultural biotechnology in the country.

He added that OFAB-Ghana only engaged with various stakeholders during conferences, workshops and stakeholder meetings to bridge the gap among scientists, policy makers and the public.

Dr Ampadu-Ameyaw said considering the threats posed by climate change, it was necessary to find innovative solutions such as agricultural biotechnology to address the issues of agriculture in the world, particularly in Africa.

He said OFAB-Ghana would continue to provide information on agricultural technologies, particularly GMOs, to enable people to discard the various misconceptions they had about the technology.