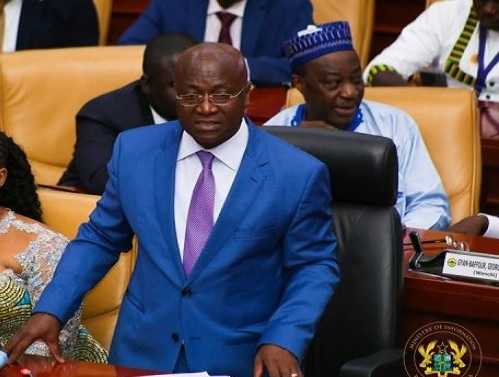 The Government of Ghana (GoG) is seeking approval from Parliament to spend a total of GH¢113.75 billion, equivalent to 26.2 per cent of the total value of goods and services produced in the country as measured by gross domestic product (GDP) in the 2021 financial year, to effectively roll out its policies.

Christened ‘Won ya Wohie Budget”, literally meaning “We are moving forward”, the estimates of the government’s revenue and expenditure were on the theme: “Economic Revitalisation through Completion, Consolidation & Continuity. The government intends to use its policies as outlined in the budget to restore hope and confidence in the people, create jobs, continue with existing infrastructure projects as it aims to increase GDP growth to five per cent by the close of the year under review.

The Majority Leader and Minister of Parliamentary Affairs, Mr Osei Kyei-Mensah-Bonsu, who laid the Budget and Economic Policy of the government for the 2021 financial year, the first in the second term of President Nana Addo Dankwa Akufo-Addo, before the House last Friday, further outlined how the government intended to raise funds to finance its expenditure .

He said the proposed amount would be used to finance the wage bill, cover interest payments, COVID-19 related expenditures, security, and funding of government flagship programmes.

Mr Kyei-Mensah-Bonsu, who is also the Caretaker Finance Minister, also indicated that GH¢27.4 billion had already been earmarked to run the country between January and March 2021, pending the preparation of a full budget as presented.

Providing further details in his three hours and four minutes long presentation, he said wages and salaries were projected to cost the state some GH¢25.799 billion and that constituted 22.7 per cent of the total expenditure (including arrears clearance) for 2021.

Use of goods and services is also projected at GH¢5.97 billion or 1.4 per cent of GDP. This represents 5.2 per cent of the projected total expenditure.

Of the amount, domestic interest payments will constitute about 79.1 per cent, amounting to GH¢28.368 billion. Transfers to statutory funds as well as all other earmarked funds are estimated at GH¢18.081 billion (4.2 per cent of GDP), representing 52.2 per cent growth over the recorded outturn for 2020.

Furthermore, an amount of GH¢8.11 billion has been estimated for foreign financed capital expenditure and this will be funded by a combination of project grants and loans.

Mr Kyei-Mensah-Bonsu said in 2021, the government would continue to implement the Earmarked Funds Capping and Realignment Act, 2017 (Act 947) to reduce budget rigidities and create fiscal space to fund growth-enhancing expenditures as had been done since 2017.

“Mr Speaker, transfers to earmarked funds include a proposed 20 per cent of the allocation for ABFA Capex to the Ghana Infrastructure Investment Fund (GIIF) for funding of Agenda 111 and other development expenditures. We will lay the necessary amendments to allow for this measure,” he added.

The Majority Leader observed that based on the estimates for revenue, grants, and expenditure, the 2021 fiscal operations would result in an overall fiscal deficit of GH¢41.298 billion, equivalent to 9.5 per cent of GDP.

He said financing of the fiscal deficit would come from both domestic and foreign sources.

“A corresponding primary deficit equivalent to 1.3 per cent of GDP, is also projected for the year,” he said.

“Mr Speaker, in addition to continuing our priority programmes, we will implement additional initiatives to drive recovery.

These include: scale-up the vaccination of Ghanaians to enable us attain herd immunity in Ghana by end 2021; continue implementation of Agenda 111 to provide hospitals and related infrastructure nationwide to improve the delivery of health care; intensify efforts to improve public sanitation; support to those who have lost their jobs due to COVID-19 to find other gainful employment opportunities; and “Economic Revitalisation through Completion, Consolidation & Continuity” and deploying resources for our security agencies to maintain peace and security”.

It will also see to complete many of our ongoing infrastructure projects within our resource envelope, reflecting the theme of the budget; the implementation of the GhanaCARES programme to revitalise the economy and create employment; and continue the implementation of our flagship programmes including the Planting for Food and Jobs, the Free Senior High School and the One-District, One-Factory agenda.