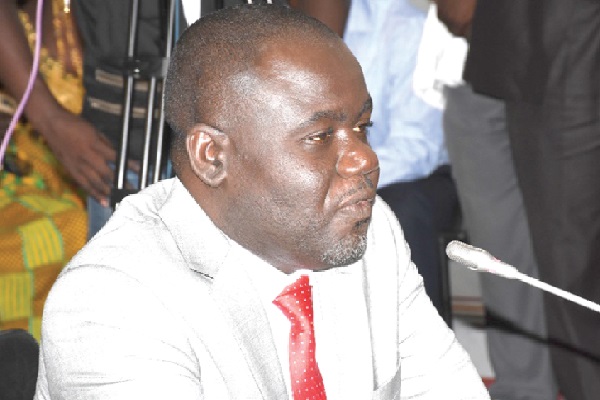 The Boankra Integrated Logistics Terminal (BILT) project near Kumasi is to help facilitate transit trade in the context of the Africa Continental Free Trade Area (AfCTFA) when completed.

“This will decongest the Tema Port and facilitate transit trade especially to landlocked countries of Burkina Faso, Mali and Niger in the context of AfCTFA.

“The project is a 30-year Concession Agreement was executed between the Ghana Shippers’ Authority and Ashanti Port Services Limited to develop an Integrated Logistics Terminal at Boankra,” the Minister of Parliamentary Affairs, Mr Osei Kyei-Mensah-Bonsu, made this known during the presentation of the 2021 Budget and Economic Statement to Parliament on February 12 in Accra.

The President last year cut sod for the commencement of work on the $330 million project, which was the drawing board for some 18 years.

The idea of the Boankra Integrated Logistics Terminal project has been in the pipeline since the days of the Government of John Agyekum Kufuor.

In attempting to bring it into fruition, it encountered a number of challenges, a significant one being the exit of the New Patriotic Party (NPP) government in 2009.

It is initiated to provide service to importers and exporters in the middle and northern parts of the country, and also to act as a major conduit for the efficient transportation of transit traffic to and from our neighbouring landlocked countries of Burkina Faso, Mali and Niger.

After completion of the Terminal, it will be fitted with an inland clearance depot, customs bonded and unbonded estates, commercial areas such as banks, offices and trading facilities, vehicle parking areas, light industrial areas, and an administration complex.

The Project will also offer significant employment opportunities for both skilled and unskilled labour during the two phases of construction and operation. Beyond the creation of jobs, there are other ancillary small and medium scale businesses that will be located within the enclave to support the operations of the Terminal.

Mr Osei Kyei-Mensah-Bonsu said the Ministry of Transport continued its programme of modernisation of the country’s sea ports to position them as the leading container hub within the West African Sub-region.

At the Tema Port, three berths of the dedicated container terminal (MPS Terminal 3) were completed and are in operation.

The new Terminal has enhanced Ghana’s competitiveness in the sub-region. The remaining berth has progressed ahead of schedule and is expected to be completed in 2021.

At the Takoradi Port, the development of a Container and a Multi-purpose Terminal by Ibistek Limited, a wholly owned Ghanaian Company is progressing steadily.

The marine and dredging works have been completed and construction of a 600-meter quay wall will be completed in 2021.

To reduce vessel turn-around time and cost of bulk cargo handling at the Takoradi Port, the first phase of a Dry Bulk Jetty at the Port was completed and handed over.

A sod-cutting ceremony was also performed to commence work on the second phase which includes works for the superstructure, installation of modern equipment and construction of access road to the jetty, among others.

The project ties-in with the government’s ultimate agenda to revamp the aluminium industrial clusters.

A new state of the art Liquid Bulk Terminal was developed at the Takoradi Port to support the Oil and Gas Industry.

The terminal is expected to serve the western, middle belt and northern parts of the country, as well as transit petroleum products to some of the neighbouring countries.

The Minister said to ensure safe launching and landing of artisanal fishing, as well as create and maintain hygienic environment and create job opportunities within the fishing communities, a total of 11 landing sites selected for development were at various stages of completion.