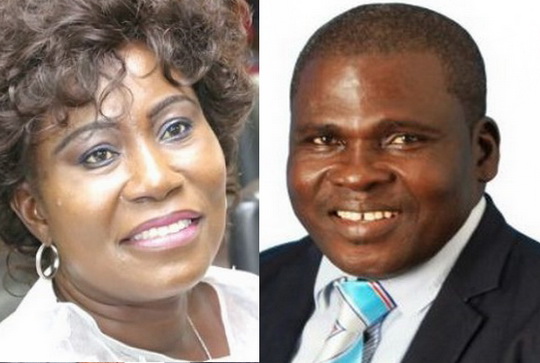 Stakeholders in the fishing industry are questioning the legality of a revocation order issued by former Minister of Fisheries, Madam Elizabeth Afoley Quaye on the 2021 first quarter licenses granted by the Fisheries Commission.

Madam Quaye has in a letter dated January 14, 2021 to the Executive Secretary of the Fisheries Commission, directed an immediate withdrawal of all licences because, according to her, the Commission ought to have made recommendations to her office on the renewal.

The letter which was also copied to the Chief of Staff at the Presidency, the Chief Director of the Ministry of Food and Agriculture, Office of the Senior Minister as well as the President of the National Fisheries Association of Ghana (NAFAG) and sighted by the Daily Graphic said the Commission failed to follow the appropriate rules and regulations provided in the Fisheries Act 2002, Act 652 in renewing the licences for the operators.

“You are directed to withdraw all the fishing licences issued under your signature with immediate effect and follow due processes as provided in the Fisheries Act and update the Ministry with actions taken in connection with the withdrawal of the licences”, the letter to the Commission stated.

“By a copy of this letter, NAFAG and all fishing companies that have received fishing licences under the signature of the Executive Director of the Commission are deemed revoked,” Madam Quaye emphasised.

Industry Players
According to the Spokesperson for the Ghana Tuna Association, Mr Richster Armafio, the Director of the Commission acted in accordance Section 73 of the Fisheries Act 2002 which mandates the body to renew licenses, more so when there is no substantive Minister in charge of the sector presently.

“The former minister by the dictates of the constitution cannot hold herself up as a minister and even if the President ask her to hold on, she is not a minister and can therefore not issue a revocation order,” Mr. Armafio told the Daily Graphic at the Tema Fishing Harbour.

He said whereas the national body for all operators were meeting to respond to the Minister’s letter, the stakeholders will disregard the letter until they receive any communication saying otherwise from the Commission.

Outgoing Minister
The outgoing Minister on the other hand while responding to the issues, told the Daily Graphic that she wrote the letter in her capacity as a Caretaker Minister owing to a letter she received from the Presidency instructing her to continue to serve as the President’s representative at the ministry until the appointment of a substantive minister.

“In my letter, I quoted some clauses in the in the Act and I can make reference to licenses that I have signed from 2017 to 2020 of which the Executive Director is aware and it is for this reason that I attach so much importance to the revocation”, Madam Quaye stated.

She stressed that, the letter was also to sensitise the industry players that she was not privy to those licences issued by the Commission and should there be a problem, she could not be held liable.

“I want the vessel owners and operators to be at the safer side so that should there be a challenge, I can boldly defend the licences since they might have been issued based on the recommendations made by the Evaluation Committee”, Madam Quaye pointed out.

Executive Director
The Executive Director of the Fisheries Commission, Mr Michael Arthur-Dadzie on the other hand told the Daily Graphic that the licence renewals have always been the prerogative of the Commission as far back as in 2005 when the late Gladys Asmah served as a Minister for the sector, until Madam Quaye started signing the licenses in 2019.

These renewals, he said were often done with a directive from the board, as the Minister issues only the initial licence, while the renewal is signed by the director of fisheries and “no Minister has ever signed renewal licences until 2019 when Madam Quaye arrogated that duty to herself”, Mr Arthur-Dadzie alleged.

Defending the validity of the licences issued to the players, Mr Arthur-Dadzie said that the international community would have rejected fish exports from Ghana if the outgoing Minister had signed since she was not qualified to do so.

“There is nothing like a caretaker or interim minister in our constitution and the Presidential Transition Act makes it clear that it is Chief Directors who take charge of the Ministries until the appointment of Ministers, while the agencies are autonomous and the outgoing Minister has no legal basis to issue the revocation order. It has no basis in law”, Mr Arthur-Dadzie said.

He stated that whereas the Commission’s board also stood dissolved on January 7, 2021 in line with the law, only officials who have come from various constituencies qualify to continue to work.

“I want the industry players to know that the licences are valid since the status quo ought not to change because a minister arrogated the role of signing licenses to themselves,” the Executive Director stated.