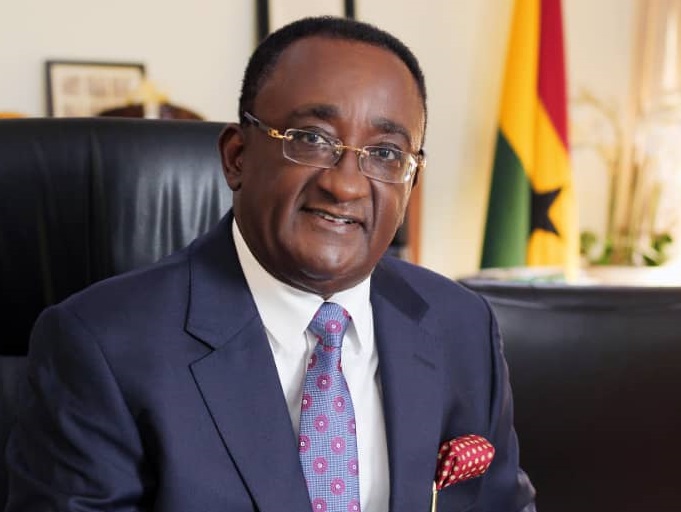 Over the last five years, Ghana and three other West-African Countries have achieved significant gains in the cultivation and production of maize, cassava and rice under the working partnership with Agricultural Green Revolution for Africa (AGRA) and its funding partners.

The other beneficiary countries in the West-African sub-region are Nigeria, Mali, and Burkina-Faso. Funding partners under the AGRA-led initiative are the Gates-Foundation, USAID, Rocky-feller, World-Bank KfW, FCDO, AfDB the EU, among others.

As a result of the AGRA partnership, private sector investments in seed systems have significantly increased in Ghana and the three other countries, resulting in greater access to improved seeds for small-holder farmers.

Dr Owusu Afriyie Akoto, Ghana's Minister for food and Agriculture who offered the testimony while contributing to a Plenary Session of the Ministerial Round Table Meeting of the Agricultural Green Revolution Forum [AGRF-2021] in Nairobi, Kenya, praised AGRA and its leadership for being dedicated partners in the agricultural transformations enjoyed by Ghana, Mali, Burkina-Faso and Nigeria over the last five years.

Dr Afriyie Akoto noted that it was regrettable that in spite of the high level of achievements by AGRA in the listed countries, it had suffered a lot of bad publicity in recent times.

The Minister who is also Chairman of the ECOWAS Specialist Ministerial Technical Council for Agriculture, on behalf of the Agricultural Ministers of the listed countries, registered the unflinching support of the respective governments for the good work of AGRA.

Through the partnership, there has been increased use of crop-specific blended fertilizers by small-holder farmers, which in turn has also increased yields in maize, cassava and rice cultivation.

Through the initiative of the AGRA partnership, the Plant Variety Protection Act has extensively been promoted in both Ghana and Nigeria to boost innovation in research to develop planting materials that command genetic advantage for farmers.

The work of the partnership, he noted, resulted in increased government budget allocation to the agricultural sector through flagship agricultural programmes in Ghana, Burkina Faso, Nigeria, and Mali.

Consequently Ghana, in 2019, was ranked fourth as the most food secure country on the continent of Africa, according to the Global Food Security Index of the Economic Intelligence Unit.

In the light of the success story of the AGRA alliance, Dr Akoto noted that a lot still remains to be done through further collaborative efforts to scale-up the gains made so far.

This in the Minister's view, will present as an extended opportunity for more countries in West-Africa to be beneficiaries.

The next phase of the Journey to Achieving Sustainable Inclusive Agricultural Transformation, Dr Akoto observed, will however require the enhancement of the competitiveness of small-holder farmers.

There will also be the dire need to embark on the diversification in levels of investments with the view to revamping the tree-crop sub sector, including cashew, shea, mango, and livestock to enhance the resilience of farmers to shocks and stress.

A sustainable food system (SFS) is therefore imperative to deliver food security and nutrition for all in a way to reduce inter-generational conflict in terms of economic, social, and environmental factors.

Food systems generate not only food but also environmental and socio-economic outcomes, which include food security and improved nutrition, inclusive development, and the creation of a sustainable environment and the fight against climate change.

"We will need to invest together with our partners in climate-smart technologies, including the promotion of drought-tolerant and early maturing crop varieties, agro-ecology farming systems, and irrigation, to boost food production levels”, he said.

The four-day meeting held in Kenya from 7th to 10th September, 2021, was under the theme: Pathways to Recovery and Resilient Food Systems.

Participation was a hybrid of physical and virtual attendance of high level ministers of state and experts in Agriculture, Health, Trade, Finance & Economic Planning as well as other sectors.

The Summit sought to articulate an African Vision on inclusive agricultural transformation, reflect on emerging coalitions, identify, priority country-level areas for support and intervention, compliment public commitments with matching commitments from other stakeholders, and catalyze an action agenda towards the UN Food Systems Summit.