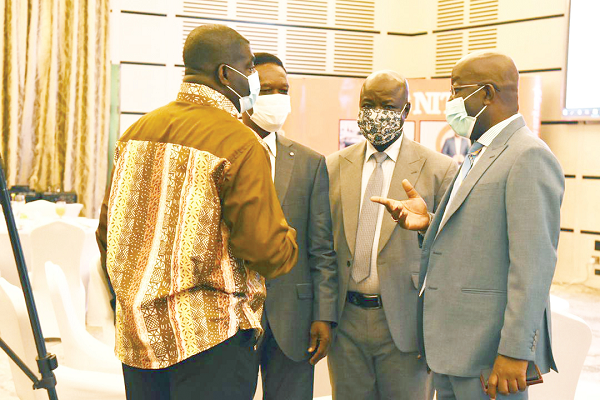 The Social Security and National Insurance Trust (SSNIT) has advised employers to stop colluding with their employees to under-declare the salaries on which the latter contribute to the pension scheme.

According to the trust, stopping the practice would enable employees to enjoy what they truly deserved when they were no longer in active service.

The Director-General of SSNIT, Dr John Ofori-Tenkorang, gave the advice when he met with employers at a breakfast meeting in Accra yesterday as part of SSNIT’s stakeholder engagement with interested parties.

The advice comes in the wake of persistent complaints by labour unions and the public over what they perceive to be low pensions paid retirees in the country, after they had contributed to the scheme for more than a decade, the minimum allowable limit for enjoying annuity payments from the scheme.

Dr Ofori-Tenkorang relied on records from SSNIT to paint the real picture of the sustainability of the trust to allay the fears of employers and employees and also encourage them to play their part.

For instance, he said, over 80 per cent of workers in Ghana contributed GH¢275 on the average each month towards their pension from SSNIT.

“This means they have declared salaries of GH¢2,500 or less to us. Should the contributions remain unchanged, 80 per cent of members will receive pensions of GH¢1,500 or less when they retire.

“Indeed, only 5.3 per cent of workers in Ghana are contributing on salaries of GH¢5,000 or more,” the SSNIT Director-General said.

He warned that when employers under-declared the salaries of workers, it was the workers who suffered in the long run.

“So ensure your workers receive meaningful pensions when they retire by contributing on their right salaries,” he said.

He indicated that whatever was paid to workers as basic salaries today would reflect in the pensions they received tomorrow.

Dr Ofori-Tenkorang said the trust paid out GH¢2.7 billion as benefits to pensioners on its payroll in the first three quarters of the year.

He said a large chunk of the amount was paid to beneficiaries within the third week of every month as part of a grand effort to ensure that retirees on the scheme enjoyed comfortable lives after their long years of service.

He said the trust was only able to honour its obligations to retirees on its payroll if employers and employees played their part by contributing timeously to the scheme.

On enforcement and compliance, he said the trust did not take delight in prosecuting employers who defaulted in honouring their obligations to it.

He, however, explained that the defaults accumulated into debts, “which we must collect.

If we fail to collect these debts, it does not absolve us of our responsibility and obligation to the worker”.

Dr Ofori-Tenkorang said as of September this year, the confirmed debt of establishments within the private sector amounted to over GH¢230 million.

He expressed the fear that the figure could go up if SSNIT did not retrieve all outstanding Contributions Reports and update inspections on all establishments.

He explained that while the trust acknowledged that businesses went through hard times, that should not be an excuse for them to default.

“That is why we engage employers who may, for one reason or another, delay in complying.

So when employers default, there is a 30-day grace period within which they can pay up or negotiate mutually beneficial terms of settlement,” he said.