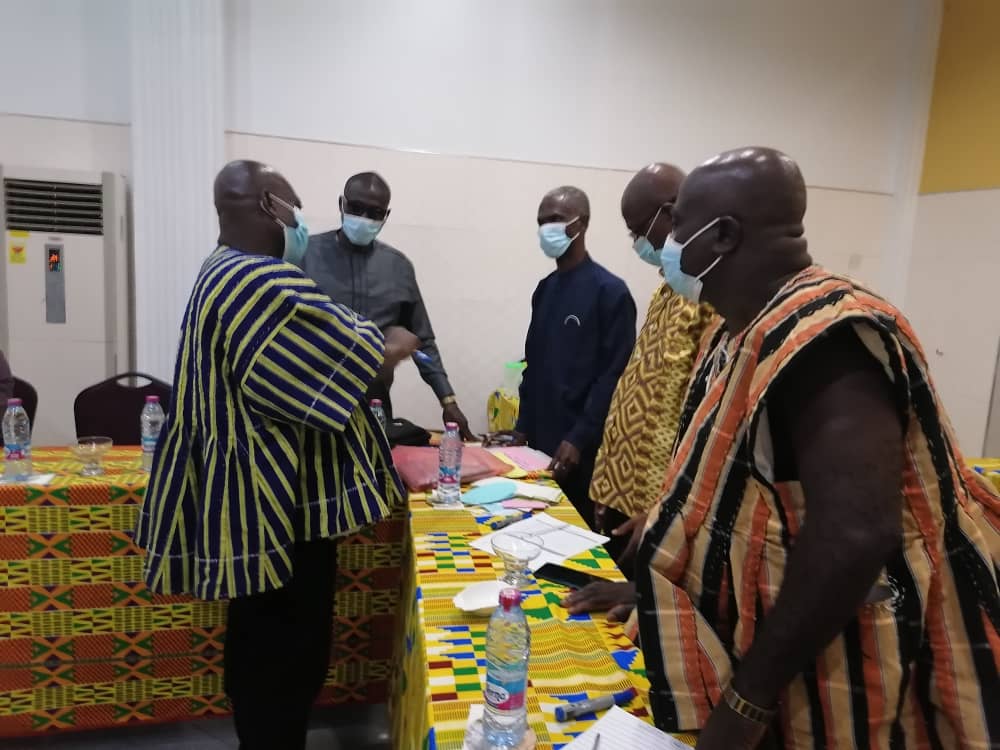 A two-day cashew pricing workshop to propose a pricing model for cashew in Ghana is underway in Accra.

Participants at the workshop include representatives of cashew traders, processors and farmers, with farmers forming the majority.

Also, in attendance are the four members representing the cashew sector on the TCDA Board.

Addressing participants at the workshop, a Cashew farmer and Board Member of the TCDA, Chief Adams Tampuri, said the pricing workshop is the final stage of the struggles of the various stakeholders of the cashew sector to develop and get the best out of the sector.

He said the true potentials of the cashew sector will come to play once a pricing model is successfully formulated, agreed upon by all stakeholders and adopted by the TCDA.

He explained that the aim of the TCDA and the CCG goes beyond determining the monetary value of cashew to reducing poverty in cashew growing areas.

According to him, successfully formulating a cashew pricing model will “create employment and open avenues in different ways.”

According to him, many of the challenges of the cashew sector in the past has been as a result of the lack of proper regulatory structures.

He was, therefore, optimistic that the establishment of the TCDA and the CCG will make the difference, especially in pricing of cashew.

According to him, pricing has been a major problem for farmers in particular, explaining that an agreed fair minimum cashew price will serve as a “bargaining chip” for farmers all over the country.

“Farmers should be assured that their interests are well represented by their leadership. We will ensure that they are well informed about every decision that is taken here and by the authority. After this workshop, there is going to be a fair ground for pricing cashew in Ghana,” he said.

The two-time national cashew best farmer also debunked claims that the farmers were unhappy with the establishment of the TCDA and CCG’s pricing committees, describing such claims as “mere propaganda” by some people. “The pricing committee is not going to dictate price. Those claims in the media are false, he added.

The branch manager of Cashew at Olam Ghana and a former President of the Cashew Traders and Exporters Association of Ghana, Mr Alhassan Yussif Amankwah, explained that the cashew sector has reached a turning point and requires that all personal interests are put aside for the common good of the sector, which is what the workshop seeks to achieve.

“For us as cashew traders, the good thing is that such discussions on pricing will help in increasing production of RCN and intern, grow the cashew industry,” Mr Yussif said.

For local cashew processors, a formulated and agreed pricing model will give them a fair idea of their cost of production going into the cashew season.

According to them, almost 65 per cent of their cost of production goes into raw materials.

“Processors are always in a state of not knowing what will happen in the future in terms of prices. A minimum pricing system will help processors to plan our investment and grow our factories,” the president of the Cashew Processors Association of Ghana, Mr Malvin Nii Smith, said in an interview on the side-lines of the workshop.

The two-day workshop will end on tomorrow.