'Africa will still trade with the world under AfCFTA' 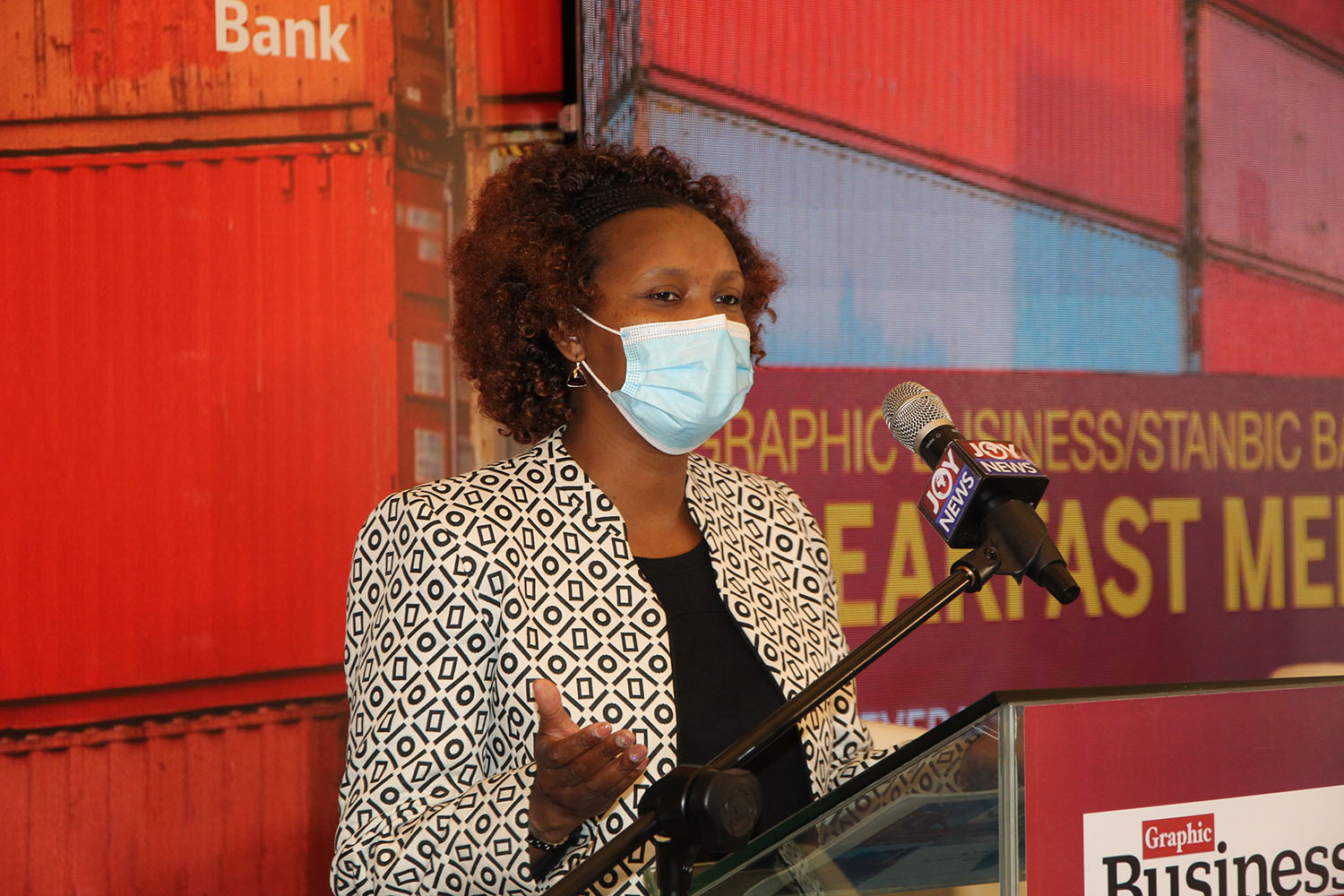 The Implementation of the African Continental Free Trade Area (AfCFTA) agreement does not mean the continent will close itself in and trade among itself only, Director, Trade and Services at the AfCFTA Secretariat, Mrs Emily Mburu-Ndoria has said.

She said Africa would continue to trade with the rest of the World under AfCFTA, but would do so in a more coordinated manner.

She said this at the Graphic Business/ Stanbic Bank breakfast meeting in Accra. The meeting was held under the theme ‘Leveraging AfCFTA; the critical success factors’.

“AfCFTA will not mean we will close ourselves in and trade among ourselves. We will trade with the rest of the world but we want to do that in a more coordinated manner,” she stated.

107 borders in Africa
Mrs Mburu-Ndoria pointed out that Africa had about 107 borders and that if one wanted trade within Africa, the person must go through 107 borders.

“So you can imagine the amount of work to be done to harmonise trade within Africa. AfCFTA is meant to deal with some of these issues and ensure that goods and services can move across borders.

“Services are borderless but you still have to move people across borders so we need to ensure that we make it as easy as possible,” she said.

This she said demonstrated the interest of the continent to ensure that it trades under the AfCFTA.
Ghana won’t be a dumping site

The Minister of Trade and Industry, Mr Alan Kyerematen, in a speech read on his behalf at the breakfast meeting also assured the business community that the country would not become a dumping site for foreign goods, following the implementation of AfCFTA.

He said trade remedies and safeguard measures would be effectively implemented to protect domestic industries from unfair trade practices, while the Ghana International Trade Commission (GITC) would be supported to undertake anti-dumping strategies and other critical issues.

He said these efforts would complement already existing trade facilitation measures which had been put in place to enable the private sector gain maximum benefit from the single continental market.

Need to support AfCFTA
The Chief Executive Officer of Stanbic Bank, Mr Kwamina Asomaning, on his part, also urged all key stakeholders to support the AfCFTA if they want to see the continent succeed.

He said the AfCFTA seeks primarily to improve access and provide scale to African countries by consolidating a market with a combined population of 1.3 billion and GDP of $2.6 trillion.

He said this called for broad-based support, which was why Stanbic Bank was collaborating with the AfCFTA community to make the objectives of the agreement a reality.

“Stanbic Bank Ghana is a member of the Standard Bank Group. We serve many African countries and have physical presence in 20 countries, including Ghana. Our Group’s purpose says “Africa is our home and we drive her growth.

“Across these markets, a key strategic area of focus is the financing of cross-border trade. By supporting individuals and businesses to trade across borders, we make these economies sustainable and profitable and achieve a meaningful impact in the lives of our people. To the extent that AfCFTA will lead us to the envisioned economic development of the continent, we are on board,” he said.

He said the AfCFTA agreement has eight main objectives, all of which centred on promoting economic development and transformation of the African continent.

“It is from this perspective that we see opportunities for the Standard Bank Group to contribute to this new paradigm,” he stated.