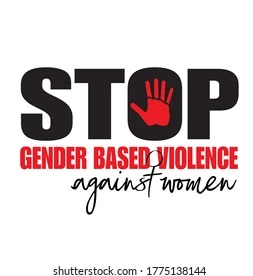 The National Director of the Department of Gender, Faustina Acheampong, has stated that additional support outside the classroom is needed to prevent gender-based violence against adolescent and teenage girls in the country.

"Therefore, supporting our girls’ pathway from education to employment requires more than learning opportunities in the classroom. It requires keeping girls safe from all forms of violence both in and out of school," she said.

Speaking at the third edition of the National Gender Equality Clinic recently, she highlighted the need for collaborative efforts to be made to hinder sexual and gender-based violence such as rape, defilement, early childhood marriage and teenage pregnancy in society.

Teenage pregnancy has been the most prevailing issue in the country with statistics from the Ghana Health Service stating that, "between 2016 and 2020, more than half a million Ghanaian girls aged 10 to 19 became pregnant".

These pregnancies are as a result of rape, defilement, incest and early childhood marriage.

Addressing the issue, Ms Acheampong stated that adolescent pregnancies had adverse effects on the socio-economic welfare of the youth.

"Adolescent pregnancies to a large extent have its harsh effects on the socio-economic well-being of the youth, particularly adolescent girls which requires concerted efforts to safeguard the future of our girl's," she added.

A Gender Analyst at the United Nations Population Fund (UNFPA), Selina Owusu, called on adolescent boys to speak for adolescent girls in their society and be ambassadors for female empowerment.

"The participation of boys in the clinics is a strategic approach to empower them to become advocates and allies for women and girls' empowerment and gender equality in general, as their involvement is meant to help them challenge negative and toxic masculinity to transform harmful gender relations and stereotypes from an early stage," she stated.

The acting Regional Director of the Department of Gender for the Upper East Region, James Twene, emphasised that the society could achieve growth and prosperity when women were empowered and given the same opportunity as men.

"Growth and prosperity can be achieved when all women and girls are empowered and accorded the same opportunities as men and boys",he stated.

The National Gender Equality Clinic was organised by the Ministry of Gender, Children and Social Protection, with support from the UNFPA.

It was aimed to educate adolescent boys and girls on gender equality, sexual and gender-based violence and sexual and reproductive health rights.

More than 100 youth from the 16 regions were selected to participate in the clinic.