Mr President, please do not mine Atewa Forest! 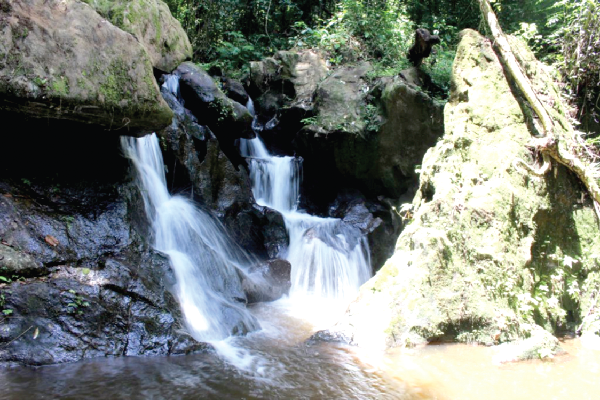 “Let it not be said in the future by generations unborn that it was during your watch that we lost this magnificent jewel in the crown of Ghana’s forests.” — Petition of concerned citizens of Atewa landscape to President, 2018

Mr President, in line with the oath of office sworn before the nation on January 7, 2021 that you will “protect and defend the Constitution of the Republic of Ghana” and that you “dedicate (yourself) to the service and well-being of the people of the Republic of Ghana…”; consistent with Article 41 (k) of the Constitution, which enjoins the citizens of Ghana to “protect and safeguard the environment”; and anchored on the superlative power of the people as expressed in Article 1(1) of the Constitution, you are respectfully requested to respect the wishes and aspirations of the people of Ghana and to abrogate the Sinohydro Project with the Chinese government, by which the Atewa Range Forest Reserve will be mined of bauxite.

The government’s execution of the contract was not without protest from some segments of the public. Nonetheless, in pursuit of the government’s intention to mine bauxite at Atewa Forest, it proceeded to seal the deal with the Sinohydro Company of China.

Significant aspects of the deal include the government negotiating with the Chinese for a loan facility of $19 billion, of which $2 billion, under a Master Support Project Agreement (MSPA), will provide infrastructural projects such as rail lines and roads across the country.

On their part, the Chinese will mine our bauxite for 15 years, build a bauxite processing plant as part of an integrated aluminium sector and pay itself from the proceeds of the processed aluminium.

Mr President, regardless of whatever impressive figures or statistics or promises the government deploys to justify this project, whether in terms of incomes to Ghana, or lifespan of bauxite deposits, or persons to be employed, and without prejudice to assurances of environmental controls and best mining practices, the government must please not proceed with exploitation of the Atewa Range Forest Reserve.

The 26,000 hectares (58,472 acres) of forest in the Eastern Region of Ghana has far more value to this nation than its mineral resources, useful though they are.

The literature on Atewa by Ghanaians and foreigners alike is immense, and they speak with one voice: preserve the Atewa Forest!

Between 2017-2018, the figure increased to 60 per cent, according to satellite data published earlier this year by US-based World Resource Institute (WRI).

Atewa Forest is one of the few forests that remain untouched. It has three river systems: Ayensu, Densu and Birim.

The Densu River feeds the Weija Water Treatment Plant in Accra; the rest provide livelihoods to millions of Ghanaians.

The eco-system of Atewa boasts of waterfalls, sanctuary for variety of animals and insects, and is also a sanctuary for countless plants and herbs.

It is home to 228 species of birds, 52 species of mammals and 32 species of amphibians, according to the Ghana Wildlife Society.

As an eco-system, it also contributes to the purification of the air we breathe and provides the climatic balance for rainfall.

Words cannot adequately say all the myriad benefits that flow from an eco-system like Atewa Forest.

When the government decided to mine the forest, concerned Ghanaians and foreigners alike petitioned and protested the Sinohydro project of mining Atewa Forest.

It does not appear the government ever respected and listened to those voices. May I refresh your memory with some of them.

From Edward Wilson, Prof. Emeritus at Harvard University, came this brief to you, Mr President, in 2018: “The Atewa Forest is of exceptional biological importance being in the finest example of Upland Evergreen Forest in the Upper Guinean Forest (from Ghana west to Sierra Leone).

“Only about five per cent of the Upper Guinean forest now remains, so sites like Atewa Forest are of global importance.”

The Coalition of NGOs Against Mining Atewa said: “Atewa Range is a very special place, irreplaceable and not comparable to any place in Ghana and for which reason we are calling on the government to spare Atewa Range Forest from bauxite mining now and in the future.”

Prof. Alfred Apau Oteng Yeboah, formerly of Department of Plant and Environmental Biology, University of Ghana, Legon, had this for you:

“I wish to appeal to the President and his Cabinet…to reconsider Atewa’s future and remove it from the list for exploration. I believe the appeal will receive urgent attention. I can foresee, in two or three decades time, when our present generation would have left the scene, and the new generation has taken over, these places would be in total desolation. It will not be easy for them to survive. We would have failed in living the tenets of sustainable development, whose beginnings were vigorously promoted by Nana Sir Ofori Atta 1, the Okyenhene, in many of his writings and speeches to the citizens of this country.”

Leonardo DiCaprio, Italian Oscar-winning actor and environmentalist, was concerned about Ghana and said: “Ghana’s Atewa Forest Reserve provides drinking water to over five million people and harbours over 100 wildlife species at risk of extinction. We must prioritise the protection of these irreplaceable places for a healthy planet.”

At the “Rebranding Africa Forum” held at Ouagadougou in 2018, you declared:

“In our quest to develop, our beautiful lands and rivers are under threat. We are degrading our environment at an alarming rate. Once beautiful and thick forests have been denuded of their cover. Once majestic and inspiring water bodies have been polluted and many of the animals no longer have safe habitats.”

Having given such a speech, Mr President, would you now turn your back on the integrity of the speech and order the destruction of Atewa Forest? Is Ghana playing Esau with its destiny for the pittance of US$2 billion?

Ghana has other bauxite sites; another must be given the Chinese to mine. But as for Atewa Forest, Mr President, do not destroy it.

Abide by your oath to Ghanaians. And I also pray that Ghana’s Parliament will intervene to stop the mortgage of Ghana’s future.

We must consider turning Atewa Forest into a national park and protecting it as such.