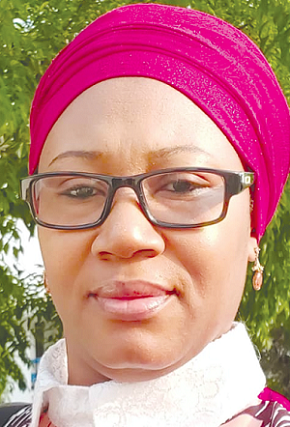 Inside the paediatric ward unit of the Greater Accra Regional Hospital (GARH), Ridge, is a ward that welcomes its visitors with drawings of teletubbies and other baby stuff at its entrance. These drawings remind anyone entering that it is a children's ward. Also perhaps, the decoration serves as an attraction to the children there and for those visiting.

Unfortunately, the conditions with which we met the five children on the ward during a visit by officials of the World Child Cancer (WCC) is not anything attractive and something no parent or adult would wish for themselves let alone for a child. The children were suffering from various forms of cancer and were on admission as part of their treatment regime.

One of them came in with so much pain during the visit that she rolled here and there on her bed until she was given medication that relieved her pain and sent her to sleep within some few minutes. Another was receiving supportive care in the form of blood transfusion while the others were lying or sitting on their beds with their parents beside them. But despite the state they were in and the pain they might have been going through, these children managed to put up a smile to welcome us.

Indeed, when asked how they were, their response that they were fine was in order because judging from the present state we saw them vis-a-vis the state we were told some of them were in when they first reported to the hospital to seek treatment, it had been a success story.

According to the Paediatric Oncologist at the hospital who attends to them, Dr Nihad Salifu, when some of them first reported, they could not even walk while one of them had a hump on his chest and back but with treatment, they were doing better now. It is as a result of such good response to treatment that Dr Salifu has made a passionate appeal to parents to seek early treatment for their children with cancers, an issue which she added was not the case presently.

"Typically, for every cancer you need to find it early. The problem we have in this country is that children with cancers tend to report late to the hospital by which time the cancer had spread from where it started in the body to other parts far away from the original place. For example, leukemia will start in the bone marrow. However, if they come in late, it would have entered the brain which is a more difficult cancer to treat," she pointed out.

She added that once the child is brought in late, they tend to require more treatment than they were supposed to get if they had come early. Also the treatment becomes more expensive while their cure rate is lower than when they come in early.

She mentioned one of the reasons for those delays as the lack of funds to pay for the treatment which she said was expensive and so most of the families of the children were unable to raise.

"The earliest time to complete treatment for the easiest cancer to cure is about six months and the longest is three years and most of the cases we have here in GARH is the three years group. For six months treatment of childhood cancer, the amount to pay is between GH¢8,000 to GH¢10,000 while for three years, it is between GH¢28,000 to GH¢30,000 depending on the age of the child. This amount is just for chemotherapy and supportive care minus accommodation, transportation and other things. Where on earth will the families get this money to pay for the treatment of their children with cancer and because of this, they are unable to bring their children," she stated.

According to her, the country could not continue to rely on families to take care of the treatment of their children with cancer because that was not done anywhere in the world where childhood cancer outcome was a great success story.

Dr Salifu mentioned another reason for the late reporting of childhood cancers as delayed diagnosis, adding that delays could happen even at the level of health care when the early warning signs were not promptly recognised and referred quickly.

This point corroborated the experience of the mother of one of the patients, Ms Ivy Dzakpata, who said when her daughter's illness started, she took her to a hospital (name withheld) where they treated her for something different. It was much later when the child could not walk that she went back that the child was referred to the GARH where she was diagnosed with cancer.

This child, who happens to be the first patient of the Paediatric Oncology Unit of GARH, can now walk a few weeks after starting the chemotherapy treatment.

Dr Salifu mentioned the symptoms of childhood cancers to include a white spot in the eye, swellings in the body, a child whose eyes glistens like that of a cat at night, a sudden development of squint in the eyes, persistent bone pain, recurrent unexplained fever and bleeding, headaches associated with vomiting upon waking up, loss of the ability to do things the child had already learned to do such as walking, crawling, loss of vision and convulsions.

She advised parents to be watchful for these signs in their children and be forceful in seeking care for them.

"If your child has something that is not going away, it is important you seek care in a hospital and go to the next level when the thing is not going away. Take control and be forceful in seeking care"

Asked what causes cancers in children, Dr Salifu explained that unlike adult cancers that may be associated with lifestyle such as smoking and alcohol intake among others, childhood cancers tend to occur as part of a disorder of development such that something goes wrong in the signal that regulates normal development resulting in those conditions. That is why emphasis is placed on early detection for childhood cancers and not particularly on prevention. “These cancers happen and it is not the fault of the parents, or anybody else for that matter”.

She said less than 15 per cent of the cases could be attributed to some known genetic abnormalities and infections. For example malaria and Epstein Barr virus infections are associated with a common type of cancer called Burkitt lymphoma, and it is also known that a genetic condition such as Down syndrome could predispose a child to some types of blood cancers called acute leukaemia.