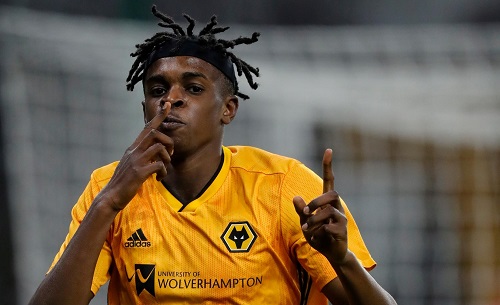 English Premier League side Wolverhampton Wanderers have parted ways with Dutch-born Ghanaian teenager Jedd Abbey after 10 years with the club.

The 18-year-old right-back joined Wolves in 2010 as a trainee and has progressed through to the under-18 side which features in the Under-18
Premier League.

Abbey was one of the lively players in the Wolves youth team this season, making 17 appearances in all competitions and scoring four goals with
three assists. Hwever, he has been forced to leave as the club are unable to guarantee him topflight football.

The Graphic Sports understands that the player's representatives are already in talks with West Bromwish Albion, Swansea and other teams who
have assured him top level football.

Abbey is primarily a right-wing back but can also operate as a natural winger or as an orthodox No. 2 in a four-back formation.

Born in the Dutch City of Den Haag to Ghanaian parents, the youngster grew up in England and is eligible to represent all the three countries at
international level.

The budding talent told his club's website that he adored Portuguese legend Cristiano Ronaldo and his biggest aim was to win the FIFA World Cup.