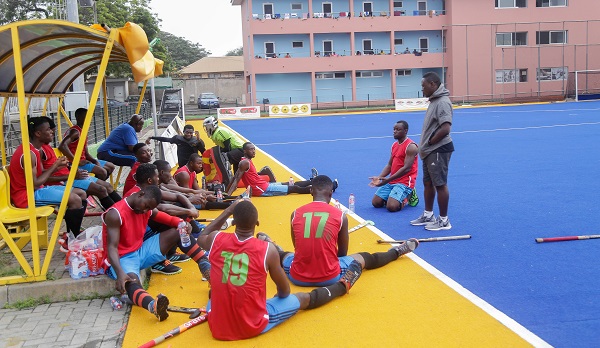 The technical handlers of the national male hockey team have beefed up their preparations for the upcoming Hockey Africa Nations Cup hockey tournament with the invitation of three foreign-based players to join the team in camp.

Ghana will compete against Egypt, South Africa, Kenya, Namibia, Nigeria and Uganda for the sole ticket to represent Africa in the 2023 Hockey World Cup slated for India next year.

In the women's competition, Ghana faces a challenge from Zimbabwe, Zambia, Uganda, South Africa, Nigeria, Namibia, Kenya for the single slot for the global competition next year in the Netherlands.

The Team Manager of the national female hockey team, Madam Grace Ankomah, told the Daily Graphic that their target of hosting and winning the tournament to play in the elite tournament in the Netherlands this year was on course.