Too early to sing my praises - Otto Addo 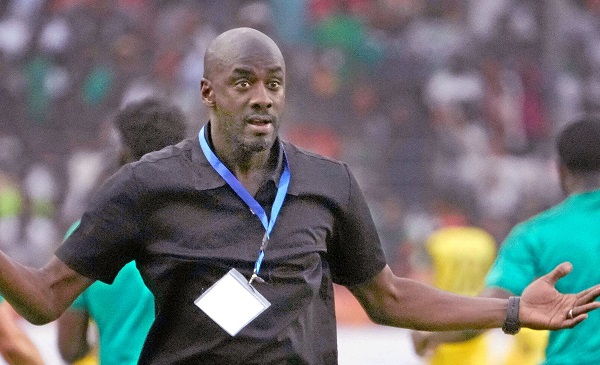 Black Stars coach, Otto Addo, says in spite of Ghana’s flying start against Madagascar in the Africa Cup of Nations (AFCON) qualifiers, it is too early for him to comment on the legacy he would like to leave behind.

"The Black Stars dominated play today and did not only create chances but also scored three classic goals against the Barea of Madagascar. It’s too early for me to talk about the type of legacy I want to leave for football fans as a coach," Coach Addo told the media during a post-match press conference in Cape Coast last Wednesday.

Three second half goals by Mohammed Kudus, Felix Afena Gyan and Osman Bukari gave the Black Stars a 3-0 victory over their opponents.

But for the splendid display put up by goalkeeper Razaukanirina Rakotohasimbola, especially in the first half, the visitors would have returned home with an avalanche of goals.

Commenting on the performance of his players, Coach Addo said it was difficult to single out any particular player as the overall best player of the match
"They proved that they were hungry for goals by not only playing as a team with good runs, tackling and creating chances, but they also converted three classic goals, so their performance is really commendable," he noted.

On why he did not feature any local player in the match, the Stars coach said selection was not based on which team a player played for but on quality.

According to the coach, video clips of his players, together with their performance at training, were the requirements needed for team selection but not about a foreign or local player.

Citing the selection of Jordan Ayew in particular into the team, Coach Addo indicated that beside being a team player who made good runs to prevent opponents from holding balls, Jordan had also been an architect of creating good goal-scoring opportunities for his colleagues, hence the need to keep him in the team.

"Jordan has not been scoring many goals for Crystal Palace in the English Premier League, but he is one player who has been creating the chances to keep his team afloat in the league.

"His performance in the Black Stars has been the same, so it is important to keep him in the team to achieve good results," he explained.

He said the opponents’ good defence, coupled with the magnificent goalkeeping by Rakotohasimbola, prevented the Stars from running over them.

Asked why he used Gideon Mensah in central defence instead of his usual left back position, Coach Addo said his splendid performance against Nigeria in the FIFA World Cup playoff informed him that he could be relied upon on the new role assigned him.

He was hopeful that the victory over Madagascar would galvanise the Black Stars not only to soar higher against Central Africa Republic away on Sunday, but would also be the beginning of the quality display of artistic football in other international tournaments.