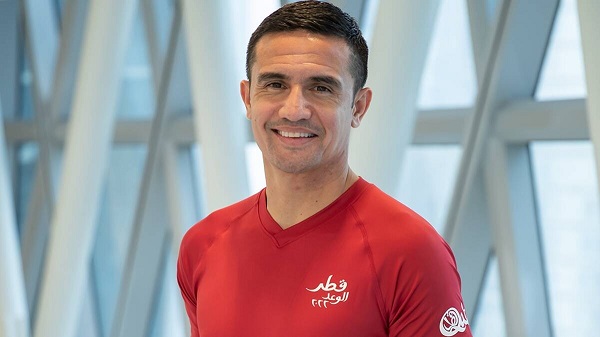 Former Australian football star, Tim Cahill, says it will not be advisable for Ghana to approach this year’s FIFA World Cup campaign with a desire to avenge the painful loss on penalties to Uruguay 12 years ago in South Africa.

He said the circumstances of that loss on penalties to Uruguay might be agonising, but it would be a wrong approach for Coach Otto Addo’s side to go into their final Group H clash with vengeance on their minds because it would put undue pressure on the players.

A veteran of four World Cup campaigns for the Socceroos in his heyday, the retired star, coach and administrator said he would prefer to see a focus on consistency in performance to hit a benchmark in Ghana’s fourth World Cup appearance than for undue pressure to be brought on the Black Stars to revenge the quarter-final loss to the South Americans via penalty shootout.

“The reality is that there is always going to be pressure on the players. And for them, they have to remain fit enough to be selected.

“To look at avenging it is probably not the right way. Try to hit a benchmark through consistency. But what you’re asking for a country to go that far is putting pressure on them [players] that they don’t need,” Cahill told the media during a tour of the 40,0000-seater Al Janoub Stadium in Al Wakra, Qatar, which will host the December 2 clash.

The much-anticipated match is expected to feature Ghana’s nemesis Luis Suarez in the Uruguay line-up 12 years after he used his hands to block a goal-bound header by Dominic Adiyiah a few seconds to end regulation time.

Cahill, 42, was serving a red card suspension when Ghana held Australia to a 1-1 draw at the group stage of the 2010 World Cup in South Africa.

Currently, the Chief Sports Director of the famous Aspire Academy in Doha and a Global Ambassador for the 2022 World Cup, Cahill believes the current Black Stars squad is very much different from the team that enjoyed a good run in South Africa before losing the shootout to Uruguay, hence the need for Ghanaians to have realistic expectation of Coach Otto Addo’s team.

“You may look at the loss to Uruguay with bitterness and not look at the good side of where the team got to in 2010.

“In the last World Cup, Holland and some countries with rich tradition and history of successes didn’t do well,” he recalled.

The UEFA Pro Licence coach said he had had discussions with Andre Ayew and Mubarak Wakaso, who were both eager to play inspiring roles for their younger team mates in Qatar. To him, qualifying for the 2022 FIFA World Cup was in itself a good achievement for Ghana, considering the failure of Italy, for example, to make it to Qatar after winning the UEFA Euro 2020 Championship last year.

Cahill expected Ghana and African teams to excel at the November 20 to December 18 tournament, the first to be held in the Gulf region, predicting some shocks at the tournament because it possibly could be the tournament with the most level playing field in history.

“It doesn’t mean that just because you’ve got the best players you can win. It depends on the culture you create in the team, it depends on the journey across those two years [it took] to qualify for the World Cup, as well as the pathways created by the federations.