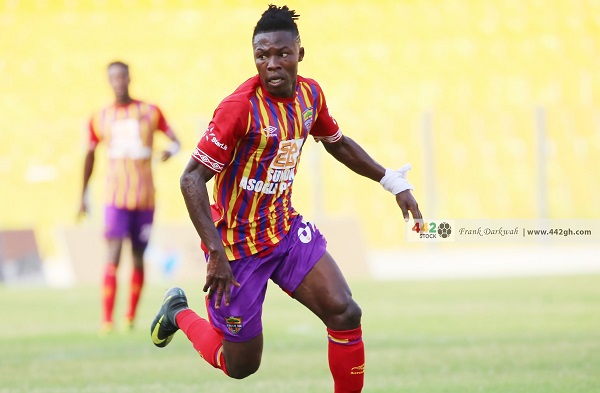 The title ambitions of Ghana Premier League (GPL) leaders, Hearts of Oak, will be tested again tomorrow when they clash with Medeama in an uncompromising encounter at the Accra Stadium on Sunday.

The Phobians have a huge obligation to avoid a slip at home after being held to a 1-1 draw by their stubborn neighbours, Great Olympics, last Sunday.

Reversed fortunes
Last week, Hearts came under intense pressure before kick off against Olympics, after arch rivals, Asante Kotoko, had earned a narrow 1-0 victory over Ashantigold the previous day.

However, the reverse will be the case this time around when Kotoko take on bottom club, Inter Allies, at Dawu on Monday, while Hearts take on Medeama 24 hours earlier.

With six matches to go, the title race is still far from over, with both Hearts and Kotoko sharing the top spot with 50 points. However, the Phobians have superior goal difference, hence tomorrow’s clash will provide them an opportunity to keep their title hopes alive, as Kotoko appear to be the favourites against Allies at the Theatre of Dreams.

Coach Boadu seems to have a more compact team to avenge their 0-1 loss to Medeama in the first round, having kept a clean sheet in their last seven home matches at Tarkwa.

Aside the poor away record of Coach Yaw Preko’s side this season -- the 'Mauve and Yellow' have lost their last two away matches after stunning Kotoko 1-0 in Obuasi last month.

Other fixtures
In other matches, fourth-placed Olympics face a tough battle at the Ohene Ameyaw Park in Techiman, where they play struggling King Faisal, who are still battling relegation.

Struggling Liberty Professionals will find eighth-placed Aduana FC a hard nut to crack at the Nana Agyemang Badu Park where the 'Ogya' lads are unbeaten this season.

Ashantigold will play host to Ebusua Dwarfs at the Obuasi Len Clay Stadium, with the Miners seeking to end their string of defeats to avoid slipping further down the ladder.

The Nana Fosu Gyeabour Park will witness a fierce regional derby between Berekum Chelsea and Bechem United who will be seeking their first win in six matches.