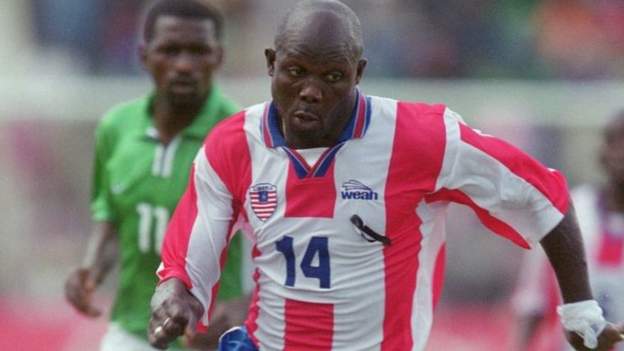 Liberia’s president and former football star George Weah has dedicated a newly built military hospital in honour of the number 14 shirt he wore for the national football team.

Constructed at the largest military barracks south of the capital Monrovia, the 150-bed hospital has been named The 14 Military Hospital.

He promised to build the hospital in 2018.

“I am proud and happy today that my dream has been realized in record time,” Mr Weah told guests at a ceremony.

Mr Weah captained the national football team until his retirement from the game in 2004. He played for some of the biggest clubs in Europe - including AC Milan, Paris Saint-Germain and Chelsea - and was the only African to win the Fifa World Player of the Year.

After he retired from football, he entered politics and was elected president in 2017.