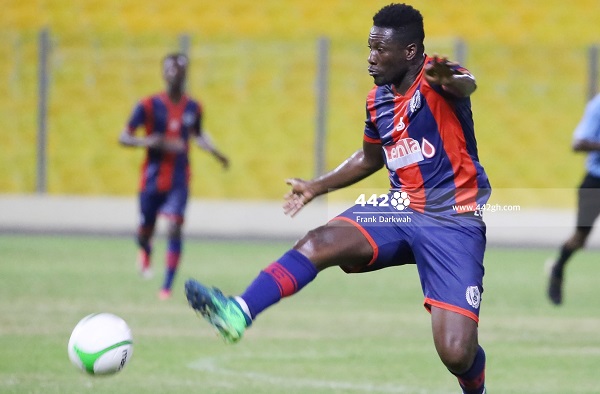 Asamoah Gyan has made just three appearances for Legon Cities in the league
30.5k Shares

Big-spending Ghana Premier League side, Legon Cities say they have no regrets over their decision to sign former Black Stars skipper Asamoah Gyan despite the player's failure to make an impact on the pitch.

Gyan has been dogged by injuries since his big-money move to Legon last November and made only three appearances in the first round of the league.

He has scored no goals and made no assists, leading critics to question the prudence in such an expensive capture of the 35-year-old Ghana legend at the twilight of his career.

Return on investment
At the unveiling last Friday of another big-money signing, Victorien Adebayor, the CEO of Legon Cities, Mr Terry Maxwell Aidam, said the signing of Gyan was a long-term investment that was already generating dividends for the club.

He disclosed that the Royals were building their brand by signing high-quality players such as Gyan and Nigerien forward Adebayor who would make the club competitive on the pitch.

"Putting numbers to it, then I will tell you that unless you come to my office then we will see because Asamoah Gyan was signed as a footballer and for his brand essence," Mr Aidam said.

Value to the brand
"You can attest to the fact that Asamoah Gyan coming to add to the Legon Cities brand has given us a big mileage. If you are looking at the numbers then you must look at my balance sheet. From where we sit, we have not got it 100 per cent, but we are almost breaking-even from bringing him on board in these worrying times of COVID".

Legon Cities ended the first round of the Ghana Premier League in 15th place.