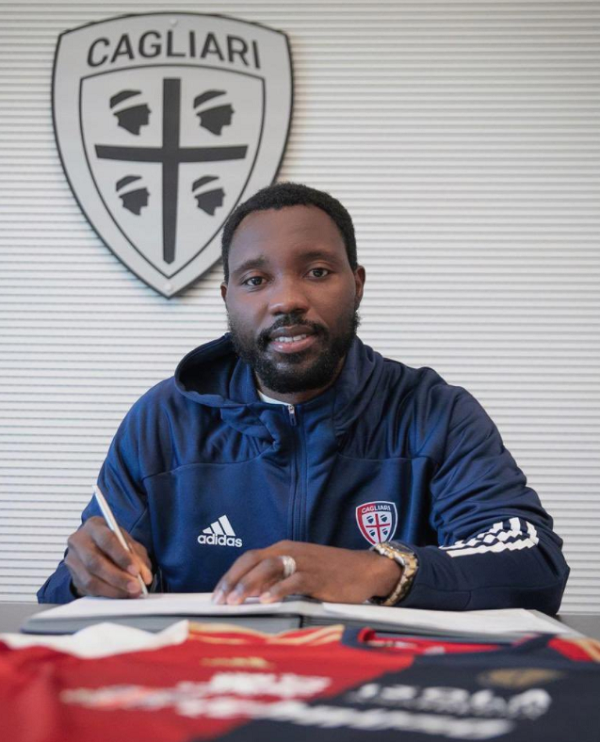 The deal which is due to expire at the end of the current campaign returns the 32-year-old to club football since parting with Inter Milan in October last year.

"Cagliari Calcio announces that it has acquired the signing of Kwadwo Asamoah: The player has signed a contract that binds him to the club until the end of the current season," Cagliari announced on their official website.

"Asamoah combines flair, power and speed. Particularly flexible, thanks to his qualities he can play both the role of a defensive back and as a midfielder, out wide or central, making himself precious both at tackling and pushing forward.

"Temper and dynamism: as he played 270 games in Serie A, he is the African player – along as Sulley Muntari – who collected the most appearances in the top flight in the era of three point to victory. A player of big depth arrives to play for the Rossoblu, he will be able to put available all his skills and experience at the highest levels to the team.

Asamoah won the Serie A six times with Juventus between 2012 and 2018. He also won the Coppa Italia title on four occasions and the Italian Super Cup three times.

Cagliari and currently in a relegation dogfight and placed 18th on the 20-team league log.