It is time to stake claim to World Cup trophy - Mahama 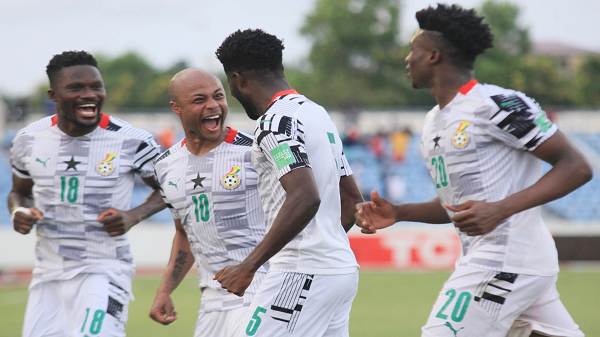 Former President Mahama has urged the senior national soccer team, the Black Stars, to stake claim to the World Cup trophy in this year's FIFA World Cup tournament in Qatar.

He said the time has come for the Black Stars to make their present felt at the world cup, saying "We have a rich history at the world cup where we have held the world spellbound with our unique brand of football."

For him, the team has what it takes to win the trophy, noting that the team brought joy and happiness to many Ghanaians in 2006 and 2010 tournaments and can do it again.

The former President in a post on social media said also called on all Ghanaian citizens to give the team their full support, saying that supporting the team must be seen as a national duty.

He said the 26 players for the competition and the technical team has done their part by answering the national call to represent Ghana and that it was time the citizens to also do their part by supporting the team.

"They've toiled through the qualification and secured us the right to be counted among the best 32 footballing nations on Earth”, Mr Mahama said, pointing out that the qualification alone to the World Cup competition is significant and worthy of celebration.


The Black Stars is playing in Group H with Portugal, South Korea and Uruguay.