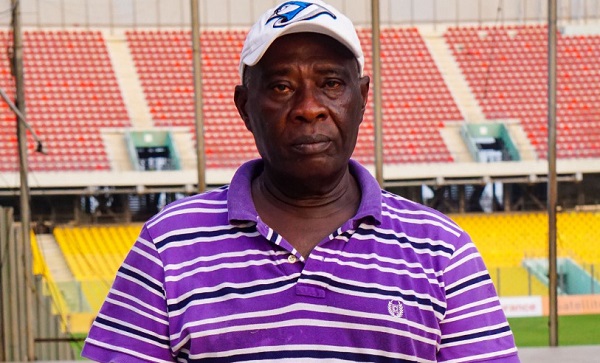 Underrated Coach Daniel Annor Walker has finally made nonsense of the recycling syndrome in the various national teams. The unassuming trainer changed the narrative when he inspired the Black Galaxies to secure Ghana’s third African Nations Championship (CHAN) at Algeria 2023.

The surprise element in that historic feat was not how the Ghanaians snatched the much-sought-after CHAN ticket from sworn rivals, Nigeria, but the remarkable manner in which the former striker in his heyday made it count in his first attempt.

As if to suggest that he had a point to prove, the 62-year-old CAF Licence A holder began to talk tough immediately after his appointment a year ago and did not seem overawed by the tough task ahead of him. He had inherited a highly-demanding job that easily made him an endangered specie on account of Ghana’s three consecutive misses in the previous tournaments, supervised by some recycled coaches.

Vision
That is why describing Coach Walker’s latest achievement as ‘doing what Napoleon could not do’ would be apt. However, he simply sees his team’s qualification as the beginning of great things to come after promising to go for the title itself even before the qualifiers.

Of course, none could begrudge him for making that ambitious projection because the soft-spoken trainer knew too well that he had assembled the best possible talents on the local scene. For the first time in many years, many a critic had almost nothing to say about the composition of the current Black Galaxies squad, which includes a Division One player, Evans Osei-Wusu, from Tema Youth.

Strategically, Walker’s winning team is led by his former skipper at Olympics, Gladson Awako
and  features as many as six Hearts of Oak players - Mohammed Alhassan, Konadu Yiadom, Dennis Korsah, Seidu Suraj, Daniel Afriyie Barnieh and Awako - to enhance teamwork. That surely is a mark of a tactician. He has an impeccable vision!

Lessons
That is the first lesson all local coaches must learn that honesty indeed pays. That was how come the Galaxies could hold their own against the might of Qatar’s World Cup team, which had prepared for four months, in a recent friendly in Austria. Despite carrying the day with a slim 2-1 win, the Mundial hosts knew they had been in a match.

Perhaps, it was the exposure gained from that big test which boosted the confidence of Annor Walker’s men to match the equally-determined CHAN Eagles of Nigeria and boot them out eventually on penalties in their own backyard a week ago. That followed the heels of a back-to-back thrashing of a hapless Beninois side in the previous qualifier.

With that result, the second virtue this long neglected sexagenarian might have succeeded in instilling in his squad is a winning mentality and determination to succeed against all odds.

As a matter of course, it is the Kurt Okraku-led Ghana Football Association (GFA) which is laughing best for getting it right this time round. And they deserve to celebrate the Galaxies success all they want because they chose to believe in a rejected stone which turned out to be the chief cornerstone.

The third lesson from the Galaxies’ jinx-breaking feat is that it was high time the GFA and all stakeholders of Ghana football gave other qualified underground coaches national team opportunities to prove themselves.

Coaching experience
As a former footballer himself, Coach Walker has a wealth of coaching experience under his belt, having had stints with Nania FC, Tudu Mighty Jets, Heart of Lions, Berekum Chelsea and Great Olympics. The highest point of his career until now was when he steered Division One Nania FC to their historic FA Cup triumph in 2011 after shocking Asante Kotoko with a 1-0 victory in the final at the Accra Sports Stadium.

That breakthrough earned him an instant appointment in the technical team of the Berekum Chelsea side which reached the group stage of the 2012 CAF Champions League. In recent times, he is fondly remembered for the way he transformed Olympics to cause a stir in the 2020/2021 season, followed by another good showing last season.

It was his result-oriented mindset and a better appreciation of the modern game which informed his decision to choose two equally competent assistants ­in their own rights - Dr Prosper Narteh Ogum and Bismark Kobby Mensah - for the Black Galaxies assignment.

Despite his exploits with Olympics, Annor Walker keeps walking by taking a fresh challenge with newly-promoted Premier League side, Samartex 1996.

Capable assistants
Prosper Narteh Ogum took the Ghana Premier League (GPL) by storm last season when he led Asante Kotoko to end their league title barrenness. He achieved that feat in style with his trademark white long-sleeve shirt and a flying tie to match, only to cut links with the league champions suddenly.

Prior to that, the 45-year-old Doctor of Philosophy had caused sensation in the 2020/2021 season, after leading West Africa Football Academy (WAFA) to finish third in the previous season.

Ogum also holds a CAF Licence A badge and is a lecturer in the Department of Health, Physical Education & Recreation (HPER) at the University of Cape Coast.

In 2013, Coach Ogum masterminded the qualification of Elmina Sharks to the Division One League (DOL), before having a short stint with Ebusua Dwarfs in the Premier League in 2016.

The Second Assistant, Bismark Kobby Mensah, is a former international, who was a member of Jones Attuquayefio's 1999 Black Starlets squad which participated in the FIFA U-17 World Cup in New Zealand and a room mate of Michael Essien during the campaign.

But after the gifted midfielder's blossoming career was truncated by injury, he continued to follow his passion through coaching, which has seen him having stints with Sekondi Hasaacas, Bechem United, Samartex 1996 and Karela United, whom he led to an impressive fourth place finish in his first season in the 2021/2022 GPL campaign.

Though the 38-year-old trainer is still in his teething stage as the youngest coach in the GPL, the CAF licence A holder has, so far, proved to be one of the good students of the game to watch out for in the coming years.