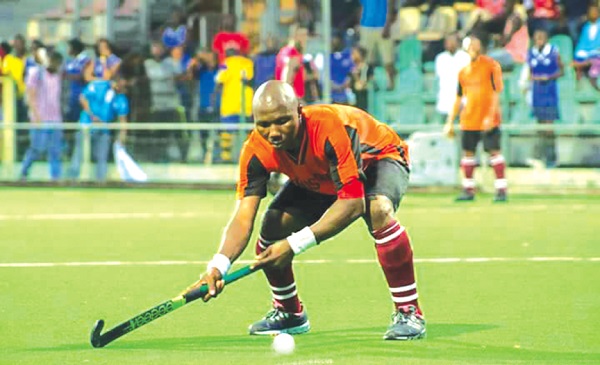 Eleven years after suffering a heavy defeat to South Africa in an African Nations Cup Hockey tournament in Accra, the captain of Ghana's male hockey team, Salya Nsalbini, says he is still traumatised by the drubbing they suffered in the opening game of the competition.

Describing Ghana’s 0-8 loss to the South Aafricans as the "most traumatic and humiliating" in his career, Nsalbini said he had yet to come to terms with how the team's game collapsed at their own backyard and undermined the Golden Sticks' ability to win the competition.

“Our defeat to South Africa at the Theodosia Okoh Hockey Stadium in Accra in 2009 was the most traumatic and humiliating in my career. This is because before the tournament, we had the opportunity to undertake a training tour of the Netherlands, where we performed very creditably, and it gave us the confidence that we would be the team to beat at the tournament in Accra,” Nsalbini recalled in an interview with the Graphic Sports.

Three-time Sports Writers Association of Ghana best hockey player, Nsalbini partly attributed their failure to get off to a flying start to the team's inability to gain access to the national pitch to prepare for the competition.

"Unfortunately, when we returned home our pitch was still under renovation so we did not get any place to train and that affected us to the extent that in our first match against South Africa, we lost 0-8.

“The defeat was a setback which dented our image so much because such international tournaments have a major effect in our ranking,” he revealed.

Despite their opening game defeat, Nsalbini rallied his teammates back to redeem themselves after holding Egypt 1-1 and defeating Nigeria 3-1 at the group stage, before acheiving a double over the Nigerians with a 2-1 citroy to claim the bronze medal.