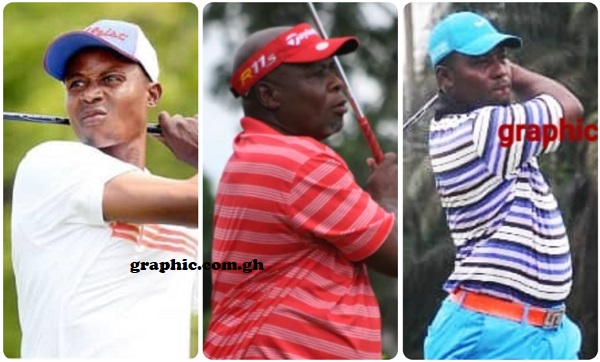 The odds-on favourite for the eighth Gold Fields Professional Golfers Association Championship, Vincent Torgah appears to be leaving the chasing-pack behind after extending his lead to 12 shots heading into the final round of play tomorrow.

Torgah held a nine-shot lead over second-placed Emos Korblah heading into the day's action at the Darmang Golf Club and he carded an even-par 72 to extend his lead with a total score of 203.

Korblah's disappointing 75 meant that last year's winner Lucky Ayisah Annan (71) reeled him in and both golfers are now tied with a total score of 215.

Although, Torgah appears to hold an all but insurmountable lead heading into the final round, the three-horse race for the Blue Jacket and GHS40,000 cash prize is bound to go down to the wire tomorrow.

Robert Degbe who was a joint-leader heading into today's action is now the outright leader after carding a 75.

Degbe's total score of 228 means he hold a seven-shot lead over Akwasi Prempeh heading into the final round.

James Larry and Dawuda Mahama are both tied in third place with a total of 237.