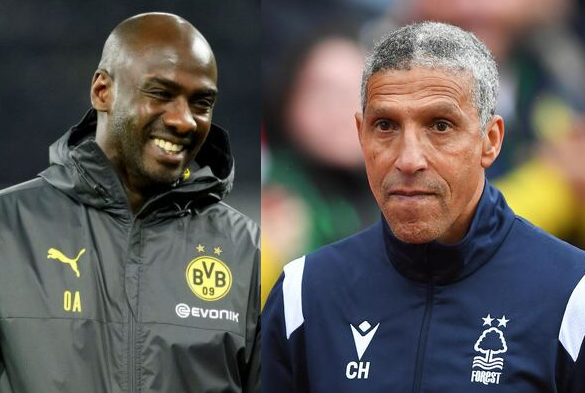 The Executive Council of the Ghana Football Association (GFA) is working round the clock to appoint a new coach for the Black Stars following the dismissal of Milovan Rajevac over Ghana's abysmal Africa Cup of Nations performance, last week, with Otto Addo and Chris Hughton emerging as frontrunners for the vacant position.

However, the FA appears torn between appointing an interim and full-time coach with the football body weighing options available to it before making a formal announcement in the coming days, the Graphic Sports understands.

After a crunch meeting last week, the Graphic Sports could confirm that majority members of the powerful Executive Council (ExCo) were in favour of a caretaker trainer for the senior national team to handle the crucial 2022 FIFA World Cup qualifying play-off against rivals Nigeria in March before deciding on a substantive appointment.

The ExCo members believe offering 46-year-old Addo the job on an interim basis would be a smarter option. Having been part of Rajevac's backroom staff as the first assistant coach, he assumed to be familiar with the team's players and the Ghanaian system than Hughton.

However, that decision could be subject to Dortmund’s approval due to Addo’s contractual agreement with the German Bundesliga side where he works as an assistant coach of the first team.

However, former Brighton & Hove Albion and onetime Newcastle United Manager, Hughton, could hijack the vacant position as he appears to be the other option available to the FA as Rajevac's successor on a permanent basis.

Hughton, 63, arrived in Ghana last week and insiders tell the Graphic Sports that he is the preferred candidate of some top government officials and the Ministry of Youth and Sports, which directed the FA to get rid of Serbian Rajevac after Ghana's worst-ever AFCON campaign.

A high-ranking FA official confirmed to the Graphic Sports on condition of anonymity that the ExCo was currently working on two scenarios of appointing a full-time coach immediately or having an interim arrangement for the World Cup playoff because the next coach would not have the luxury of time to prepare the team for the two-leg clash with the Super Eagles.

"We [GFA] are talking to Dortmund to determine Otto Addo's availability for the two matches which are FIFA free days, so it should not affect his work with the Germany side that much.

“Once we get clarity from Dortmund, it would inform us on how we proceed because the club did not agree that he joined the team for the AFCON which meant they would miss him for many weeks," the FA official said.

Born to a Ghanaian father and an Irish mother, Hughton comes with huge credentials and reputation. He has experience in handling clubs in the English Premier League but he has been out of job since leaving Nottingham Forest last year.

The government officials pushing for the 63-year-old gaffer claimed that beyond his Ghanaian heritage (Hughton reportedly speaks fluent Ga), he could convince talented Ghanaian stars such as Chelsea forward Callum Hudson-Odoi and Tariq Lamptey of Brighton & Hove Albion, both have featured for England at different levels, as well as Southampton’s Mohammed Salisu to feature for the Black Stars.

Hughton was spotted in an Accra hotel over the weekend with Bismark Odoi, the former Hearts of Oak midfielder and father of Chelsea star Callum, this has increased the suspicion of an attempt to convince the player to switch nationality to play for Ghana, having already made three appearances for England.

Curiously, the 21-year-old Chelsea star was in Ghana last week for a short visit; it is unknown if he met Hughton in person before returning to London.

Hughton was linked with the Black Stars coaching job in the past but this time he appears confident of landing the job and has strong backing from influential people in the government, which is responsible for payment of national coaches’ salaries.