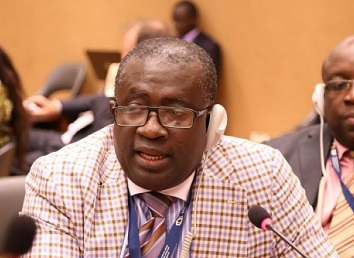 The chairman of the Black Galaxies Management Committee, Dr Tony Aubynn, says the team is highly motivated financially to deliver the trophy to Ghana.

Ghana has never won the tournament since its inception in 2009, despite playing in the final twice.

However, speaking to the Graphic Sports in an interview from Algeria last Saturday, the Management Committee chairman said the team was highly motivated and would be rewarded adequately if they perform well.

Even though he failed to reveal the financial package which had been made available to the players should they win their matches, Dr Aubynn said a reward structure had been agreed upon.

According to him, the mood in camp was very high and the players were all in high spirit to defend the flag of the nation.

He said with what he had seen about the readiness and the excitement in camp he was of no doubt that the players would make the nation proud.