It’s been a year of not many promotions except the bi-weekly Professional Boxing League which was introduced by the Ghana Boxing Authority (GBA) early this year.

The year has seen the activities of the sport dwindled with many promoters blaming the leadership of the GBA for killing the dreams of promotional outfits.

The constant focus on the boxing league by the GBA led to the neglect of other promotions with securing dates for boxing shows becoming a problem to most of these promoters.

I don’t think the GBA should take sides with any promoter and that is why the statute of the authority bars the sanctioning body from promotions.

The primary duty of the GBA is to play a supervisory role in running the day-to-day activities of the sport and not to be involved in leading promotions.

It was in this light that when the boxing league was launched, the Boxing Promoters Association of Ghana, led by Alex Ntiamoah Boakye, fought the decision of the GBA to partner IMAX Media to stage a bout.

The promoters argued that the GBA was going contrary to its primary function which is to oversee the administration of boxing in the country by offering every player a fair opportunity to operate and not to be seen engaged in promotions.

These arguments may be sound but surprisingly the introduction of the boxing league has gained momentum and received endorsement by people that matters in the sport’s administration.

It is expected to climax by the end of December with the best boxing gym, fighters and trainers set to be rewarded for their efforts within the year.

Despite the few promotions this year, there have been a few interesting bouts that lived up to expectation:

Arguably the best fight of the year, Ashie and Quaye were able to fill the entire capacity of the Bukom Boxing Arena when they slugged it out in a grudge bout for the IBF Continental African title on Independence Day.

Ashie managed an emphatic victory over his nemesis with a round eight stoppage win during a scheduled 12-round super lightweight championship.

The pre-fight comments by both boxers drew a lot of attention to the clash with bragging rights up for grabs in the end.

The turnout of the show proved that boxing events could be patronised, if the right matchups and marketing are done for bouts. 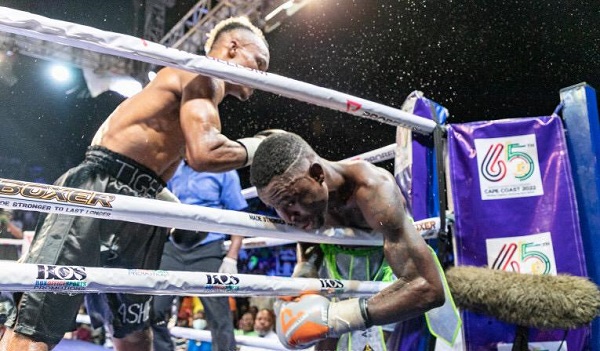 Much was expected from the Olympic bronze medalist when he decided to turn pro at the beginning of the year and was successful on his debut.

Takyi quickly announced his readiness at the professional ranks when he knocked out the veteran in two rounds of their super featherweight contest.

The 21-year-old has gone on to win two more bouts in South Africa and Nigeria with his final fight scheduled to come off on December 30 against Victor Kuwornu for the national lightweight championship.

Nelson continued his quest to announce himself as one of the best in the country by snatching the vacant national bantamweight title when he unanimously beat Commey last October.

Commey being an experienced opponent, he dragged the youngster to the distance to give Nelson a run for his money at the end of the bout.

It was one of the most interesting fights of the year with Nelson proving that he is capable of making it big at the world stage when given the needed preparations.

Nelson is looking forward to fighting one of the best in his division and has thrown a challenge to anyone who feels ready to face him at the bantamweight. 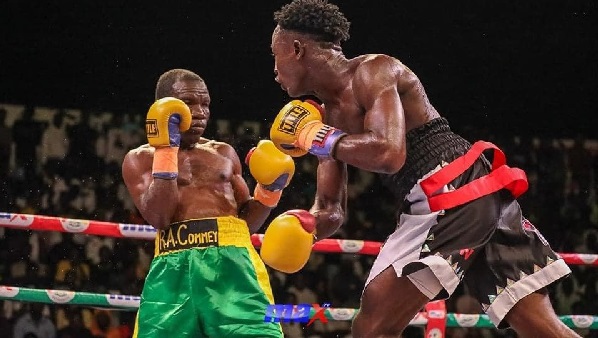 One of the prospects in the country, Gorsh went to war with his gym mate Krampah for the national super bantamweight championship and came out victorious.

At age 22, the Bukom native is steadily improving under the tutelage of renowned trainer Lawrence Carl Lokko of the Bronx Boxing Club.

Gorsh has invited Michael Decardi Nelson for a showdown next year but the latter said he would only be ready to face him at 118 pounds.