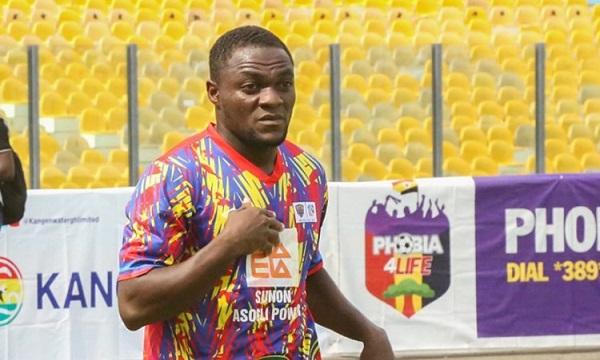 Accra Hearts of Oak left-back Dennis Korsah has been handed a late call-up as replacement for injured Baba Rahman as the Black Stars begin preparation in Kumasi today ahead of their 2022 FIFA World Cup qualifying playoff against Nigeria at the Baba Yara Stadium on Friday.

Korsah has emerged as one of the leading left-backs in the country following his stellar performances with Ghana Premier League champions, Hearts of Oak since he switched camp from Ebusua Dwarfs early last month.

The 26-year-old University of Cape Coast undergraduate could make his international debut on Friday alongside AS Roma teenage sensation, Felix Afena-Gyan, who has also been invited for the crucial encounter.

He has made seven appearances with the Phobians, winning the President's Cup against Kotoko and also received the Man of the Match award in their league clash with Kotoko in Accra last month.

Afana-Gyan, 19, shot into the limelight when he came off the bench to score a brace for Roma during the Italian Serie A match with Genoa in November last year, following which his manager, Jose Mourinho, fulfilled a promise to reward him with a pair of shoes valued at €800.
Since then, the youngster has been an integral part of the Rome side with 14 senior appearances this season.
Yesterday, the forward shared on Instagram an in-flight picture of him and his manager on their way from Rome to Accra to join the national team camp.

Also expected in town are Alexander Djiku and Abdul Majeed Waris who also shared an in-flight photo on social media as the Starsbourg duo made their way from France to Accra.

Waris, who scored in Ghana's 6-1 win over Egypt in a World Cup qualifying playoff in Kumasi on October 16, 2013, last played for the national team in an international friendly against Namibia on June 9, 2019.

Yesterday seven of the invited players held a light training session at the Accra stadium under the supervision of Otto Addo and his technical assistants.

This evening, the invited players and technical team will travel from Accra to Kumasi ahead of their first official training tomorrow morning, according to a programme released by the Ghana Football Association. They will again train on Thursday after which the players and the coach will have a scheduled engagement with the media.