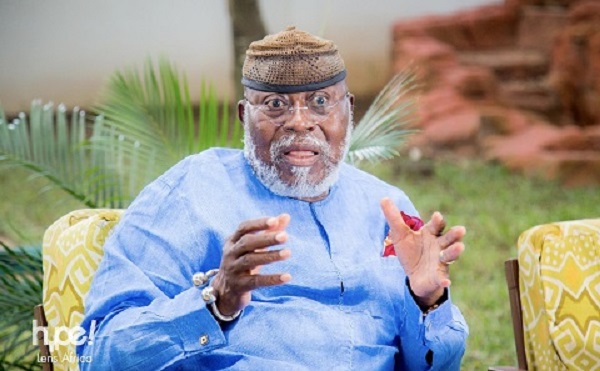 Former Ghana Football Association (GFA) chairman, Dr Nyaho Nyaho-Tamakloe, has warned of some dire repercussions should the FA follow the same old route to appoint a coach for the Black Stars.

He explained that the attempt by both government officials and the FA to propose separate coaches to take over the national team summed up the confusion the country’s football was going through.

Speaking to the Graphic Sports in an interview last Friday, the firebrand football administrator said the only way out of the current quagmire was to fall on a stop-gap coach while measures were taken to search for a substantive one.

According to him, during his tenure as the GFA boss, a similar thing happened when Coach Mariano Barreto abandoned the team midstream and he had to quickly appoint the late Coach Sam Arday as a short-term measure before employing a substantive coach.

“When Baretto left, we brought in Arday as a stop-gap coach and before he came Arday told me he could only work for a month after which we advertised for the position and brought Serbian Ratomir Dujkovic, who qualified us for the first World Cup in 2006,” Dr Nyaho-Tamakloe recalled.

He urged the FA to adopt the same strategy and search internally for someone who could handle the team for a short period while spreading their wings in search of a substantive coach after the World Cup playoff in March.

“They should go in for the Kotoko coach, Prosper Ogum Narteh, as a stop-gap coach because he has changed the face of Kotoko, which is what we need now. After that they can search for a quality coach who understands and have passion for Ghana and also has knowledge and experience”, he advised.

Dr Nyaho-Tamakloe, however, warned the GFA against the appointment of German-born Otto Addo because of his lack of commitment to the Black Stars job when he was recently appointed as one of the assistant coaches.

He argued that as an assistant coach of the Black Stars, Addo failed to join the team to the AFCON when his services were needed most and instead chose to switch his allegiance to the German side for which reason he should not be considered.

“I will not go in for Otto Addo, he hardly showed up as an assistant coach because of his commitment to another club. If he had showed up and we saw his qualities, it would have been another matter,” he explained.

He also admitted that it would be wrong to appoint Chris Hughton now because we needed to first consider appointing a coach for a short-term after which they should invite applications from prospective candidates.

Since Serbian trainer, Milovan Rajevac, was axed from the Stars job a couple of weeks ago, rumours have it that the government had proposed the appointment of British-born Ghanaian manager, Chris Houghton, while the FA prefers German-born Otto Addo.