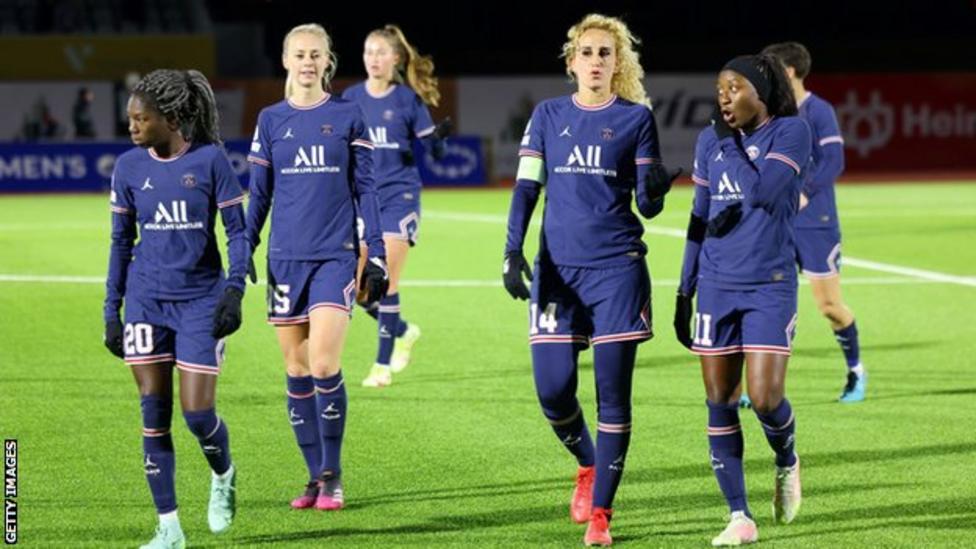 Paris St-Germain midfielder Aminata Diallo has been released without charge by French police investigating an attack on her teammate Kheira Hamraoui.

Diallo had been arrested on Wednesday.

Diallo, 26, was driving Hamraoui and another unnamed team-mate home after a team meal in Paris on 4 November when they were ambushed by two masked men.

The Versailles prosecutor's office confirmed two individuals were "no longer being detained".

"The investigation is ongoing in order to identify the attackers and their accomplices," they said in a statement.

A 34-year-old man who had been arrested in connection with the attack has also been released by police.

When the attack took place, Diallo's fellow France international Hamraoui was dragged from the car and had her legs beaten.

Hamraoui, 31, was treated in hospital and had stitches on her arms and legs.

In a statement released on Wednesday following Diallo's arrest, PSG said they were working with police "to shed light on the facts".

As well as strongly condemning "the violence committed", the club also added they had "taken all the necessary measures to guarantee the health, well-being and safety of players" since the attack took place.

Diallo, who has been capped seven times by France, joined PSG in 2016 and has made more than 60 appearances for the club. She spent time on loan at Atletico Madrid last season.