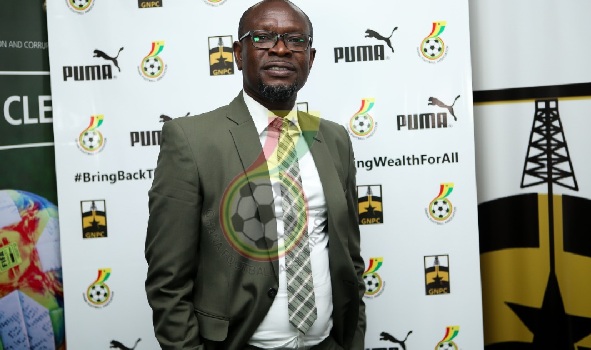 BLACK Stars Coach, Charles Kwablan Akonnor, says his main focus is to qualify the team to the next edition of the African Cup of Nations (AFCON) when they travel to face South Africa in their penultimate Group C qualifier on Thursday.

Akonnor said he believed securing qualification into the 2022 AFCON should be the target for the Black Stars as they engage South Africa, and São Tomé and Principe in a double header qualifier on Thursday and Sunday respectively.

Ghana has the same points as South Africa but lead Group C on superior goal difference, with third-placed Sudan having a mathematical chance of qualifying in the event of a slip up by Ghana and South Africa in their next two matches.

Coach Akonnor told the Graphic Sports last Thursday that his team would guard against complacency and do what was needed to secure qualification.

“We are just focused on qualifying from the group and that is what we are supposed to do,” he said.

“That is what we are looking forward to and we are working towards it. I am very confident that we will secure the qualification and that we can talk about preparations for the tournament,” he said.

Akonnor, who leads his 29-man squad to Johannesburg tomorrow for the clash at the iconic FNB Stadium in Soweto, has put his faith in nine home-based players and his legion of 20 foreign-based players, including midfielder Kwame Afriyie Poku of English fourth tier club, Colchester United.

It also includes the trio of Danlad Ibrahim, Philemon Baffuor and Abdul Fatawu Issahaku who were rewarded with a call-up to the senior side after their roles in Ghana winning the U-20 Africa Cup of Nations in Mauritania early this month.

Ghana defeated South Africa 2-0 at the Cape Coast Stadium in November 2019 before the outbreak of COVID-19 pushed back the remaining qualifying matches.