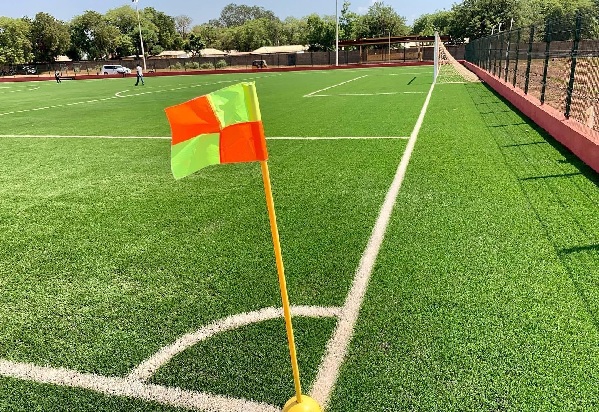 The Chief Operating Officer of BLAG Ghana, Mr Eddie Dankwa, has bemoaned the negative impact of  of COVID-19  on the artificial grass market, saying the pandemic stalled the industry's progress.

Mr Dankwa explained that the market had grown strongly in recent times before the outbreak of COVID-19 but expected the industry to recover by next year.

In an interview with the Graphic Sports, he said the artificial turf industry was facing global crisis due to the effects of the pandemic which had reduced demand for the construction of artificial turfs. However, he expressed his confidence that the gradual return of sporting activities would see an improvement in market conditions next year.

“The market has grown strongly in recent years but is currently suffering the impact of COVID-19 on global demand,” he said.

“A key feature of the industry is the way its structure keeps changing in response to new technology, new opportunities and new strategies.

“Going into next year, there is a projection that the industry would recover from the pandemic in order to put things in place”.

Despite the general slowdown in the market, BLAG Ghana constructed and handed over to the Ghana National Petroleum Corporation (GNPC) Foundation, two new community artificial turfs in the Northern Region.

The two completed turfs in Yendi and Karaga were handed over to the people of the two communities by the Environment & Social Amenities Unit of the GNPC Foundation.

A handing-over ceremony was held to mark the completion of the new artificial turfs for the people of Yendi and Karaga with the focus on helping to unearth and nurture football talents within the region.

Mr Lubaabat Habib-Jawulaa, a GNPC Foundation representative, explained that the presentation of the turfs would provide an avenue for footballers within the two communities to develop their talents and impact lives.

He added that his outfit was committed to giving opportunities to the youth to build on their talents hence the decision to construct artificial turfs in deprived communities.

“The GNPC Foundation is looking forward to developing talents among the youth in deprived communities and believes the construction of these turfs would help in that regard.

“We are also looking at the development of footballers within the various communities and I believe this is an avenue to unearth and nurture talents within Yendi and Karaga in the Northern part of the country,” Mr Habib-Jawulaa said.

For his part, Nana Konadu Agyemang Prempeh, a representative of BLAG Ghana Limited, lauded the initiative and expressed the hope that the artificial turf football fields would serve the teeming youth in the areas.

He noted that the state-of-the-art pitches using FIFA approved quality Pro turf would offer footballers in the community, the chance to play at night due to the floodlights. 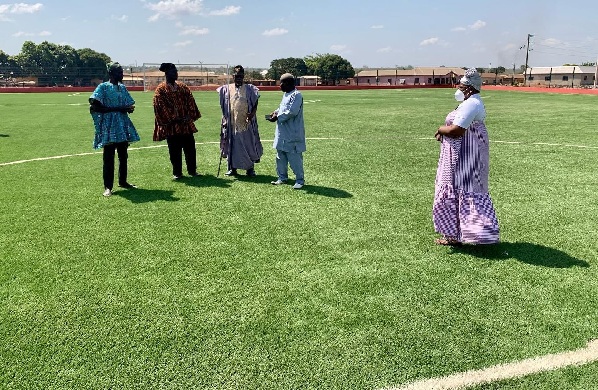 The GNPC Foundation and BLAG Ghana cut the sod for the two projects in Yendi and Karaga last year.

The facilities are equipped with a fence and floodlights to enable play at night.

They are expected to offer, particularly football talents in the community, an opportunity to hone their skills on standard playing fields and to maximise their potential.

BLAG Ghana had this year inaugurated two artificial turfs at Apenkwa in Accra and Beposo in the Sekyere Central District of the Ashanti Region.

The Apenkwa Community Park, which was developed by the GNPC, was handed over to the people in March before Beposo had theirs in April.

Other projects such as the Mfantsipim School turf, Manhyia Konadu Yiadom park, Asonomaso turf and New Takoradi park among others. 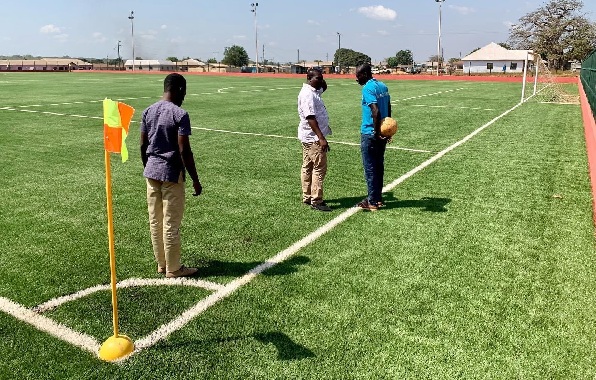