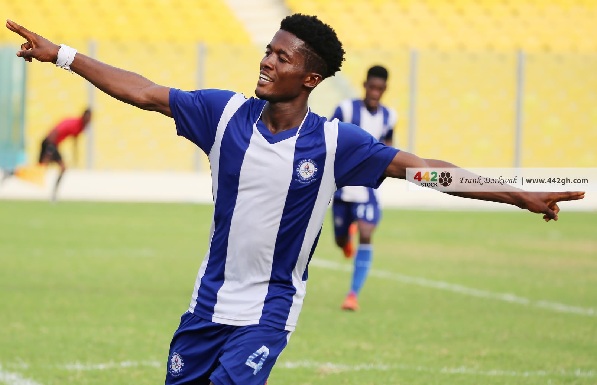 Accra Great Olympics midfielder, Samuel Ashie Quaye, is close to a move to Europe after a breakthrough season with the Wonder Club which saw them finishing sixth in the top flight.

Quaye has been on the radar of several clubs in Switzerland and Portugal since his impressive campaign with the Black Satellites side which won this year’s Africa U-20 Cup of Nations in Mauritania.

The decision to move to Europe means Olympics would be without one of their influential players in the upcoming season which kicks off this Friday.

In an interview with the Graphic Sports, Quaye confirmed that he was in talks with some European clubs but declined to disclose their names.

The 20-year-old left-footed player disclosed that he would not be available to feature for Olympics this season, while hoping to finalise a deal to Europe.

“There are several European clubs looking for my signature but I am yet to make a decision on which place would be better for me to play next.


“Teams from Switzerland and Portugal have expressed interest and my team will take a decision in my interest,” Quaye said.

Quaye played for Olympics alongside his elder brother, Maxwell Quaye and helped them to make an impact in the 2020/2021 campaign.