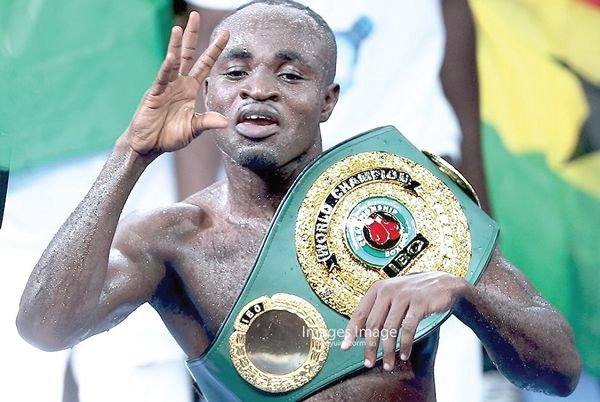 Tagoe told the Graphic Sports that he was confident of upsetting the hard-hitting American fighter who is tipped to record a comfortable win over the Ghanaian.

The Ghanaian 135-pound slugger is expected to make a ring return after 15 months of absence against one of the sport’s most promising young boxers who is considered the next big thing in the lightweight division.

Tagoe, who last earned a majority decision win over Mason Menard in the US in November 2020, needs to dig deep to beat Garcia who will also be fighting for the first time since destroying Luke Campbell in January 2020.

“I have the biggest opportunity to make a name for myself and I’m ready to take it against one of the best fighters in the division.

“Ryan Garcia is a tough boxer and I want to thank him for the courage to fight me but I am definitely returning home as the winner,” assured Tagoe.

Garcia and Tagoe came close to fighting in July 2020 when the WBO ordered for the two fighters to slug it out in an eliminator but the American opted to face Campbell in a WBC interim lightweight belt instead.

Two years later, the duo have a perfect chance to sell out a thrilling encounter when they clash in San Antonio on a Golden Boy Promotions bill.

The Ghanaian left for the US last Wednesday to prepare under American coach, Javier Contento.

Tagoe, however, revealed that he was looking forward to having experienced Ghanaian trainer, Lawrence Carl Lokko, in his corner for the Garcia fight.

“I had a very good time training in Ghana under Carl Lokko before I left for the US and he will join me for the fight.

“It is going to be a special night for me so I expect to have my family around to celebrate the victory with me,” he added.