FEATURE: Where does Commey go from here?

From what I saw last Saturday night, Richard Commey has a lot to do to reach the heights of an elite fighter.

His performance against pound-for-pound great Vasyl Lomachenko was so abysmal that one could ask whether it was the performance of the Ukrainian that made Commey look ordinary on the night.

The fight was one-sided and anyone who watched it could tell from the third round that it was a done deal for Lomachenko.

I kept asking myself questions as to whether Commey indeed came into the ring to fight or to be schooled by an experienced foe.

It was so bad that Commey himself admitted after the fight  that he had let his country down with his performance. I believe something indeed went wrong but we are yet to know.

Commey’s poor defensive display was exposed again anytime Lomachenko attacked the Ghanaian. It is gradually becoming a deficiency in the Ghanaian’s career but one question remains unanswered:What is his trainer doing about it?

Andre Rozier was brought in to work on those flaws but as it stands, Commey is yet to improve on that as it continues to expose him.

If Commey fails to improve on his defensive lapses, it will be difficult for him to beat any elite fighter in the lightweight division.

What next for Commey?

Commey noted in his post-fight conference that he was looking forward to coming back stronger but against which of the notable names in the division?

He also stated that he would continue to fight to become a two-time world titlist but it would not be an easy one.

Commey has a lot to do to be given another shot at the world title because the lightweight division is throwing up so many top talents.

The likes of undefeated prospect Ryan Garcia and legendary Lomachenko are all waiting to get their chance at the belts; this makes it difficult for Commey going forward.

However, I feel Commey must get rid of Rozier if he wants to be a transformed fighter. That is very important because I don’t see any impact from the American trainer, especially in the Lopez and Lomachenko defeats.

So many champions change their technical team when they struggle to beat stiffer opposition and it worked and I believe Commey must consider that.

It is unclear when next Commey will return to the ring but the unimpressive defeat to the Ukrainian great must be a wake-up call to the Ghanaian. 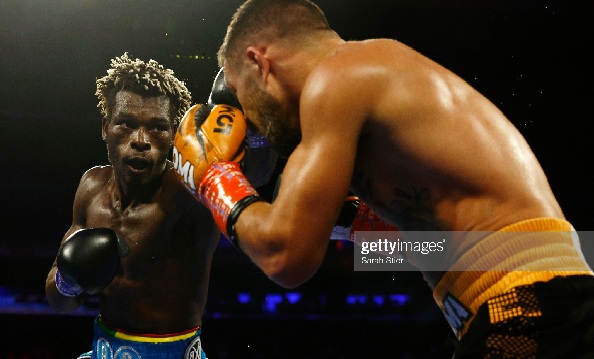 Commey’s status as a former world champion remains intact despite the poor outing against Lopez and Lomachenko and would get fights to build himself up.

But he would have to work his way out to the top and it’s not going to be an easy climb. Last Saturday provided him with the best opportunity to make a statement even with a defeat but he missed out on that.

The likes of Joseph Diaz, Masayoshi Nakatani, Jackson Marinez, compatriot Emmanuel ‘Gameboy’ Tagoe and Mason Menard are all potential opponents to face as he seeks to revive his career.

My worry, however, has to do with whether any of the division greats will be willing to give him a shot, especially with his performance.

I hope this defeat doesn’t end Commey’s career at the top because compatriot Joshua Clottey went through a similar situation when he failed to impress against Manny Pacquiao in 2010.

Until then, I think Commey must return home and think through his next line of action next year. I believe whatever decision he makes will be crucial in how his career turns out. 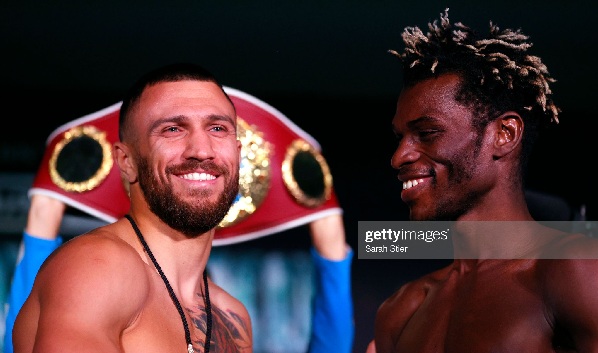