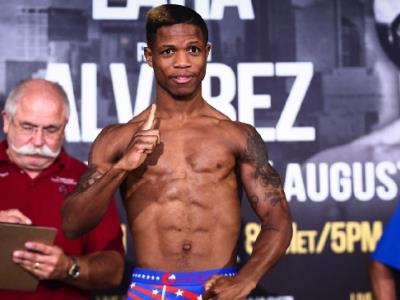 Tackie, who challenged Australia’s Kostya Tszyu in 2002 for the world title, advised Micah to utilise his left hand in defence to avoid losing his guard against Casmiero.

In an interview with the Daily Graphic, Tackie explained that his compatriot can dethrone Casimero by following a well-planned strategy.

The retired fighter ,however, described Micah as a ripped boxer who is in a better position to becoming Ghana’s new world titlist.

“It is not going to be easy for Duke,” Tackie told the Daily Graphic. “He will have a lot to do to defeat Casimero because the Filipino is an experienced boxer.

“He must assess his opponent before opting for attack in order to avoid mistakes. Most Ghanaian fighters commit the mistake of letting their guard down and he must take notice of that,” he added.

Tale of the tape

Micah is yet to fight this year, having endured a tough year due to the COVID-19 outbreak. His last fight ended in a unanimous points’ victory over Janiel Rivera last December.

In 2018, the New York-based Ghanaian pugilist went through difficult times without a bout due to a promotional tussle with his American promoters, Real Deal Promotions.

He returned in over a year to stop Luis Suarez Cruz in two rounds. Micah now has the opportunity to imitate the likes of Azumah Nelson, Ike ‘Bazooka’ Quartey, Joseph Agbeko among others who took their chance to become world champions.

Casiemro, on the other hand, has won world titles at light flyweight, flyweight and bantamweight, and tomorrow’s fight with Micah would be his 11th world championship appearance.

At age 31, the Filipino possesses an impressive record of eight victories and two defeats in his world title fights. He hasn’t fought since destroying South Africa’s Zolani Tete last November to win the WBO bantamweight crown.