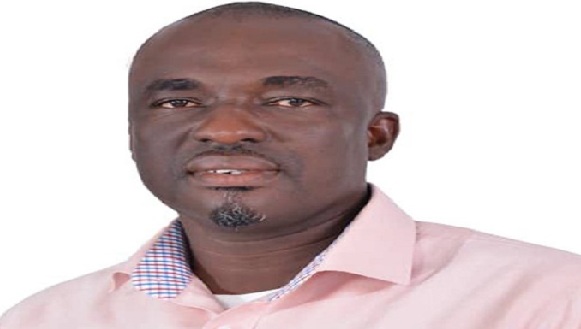 Second vice-president of the Ghana Boxing Authority (GBA), Abraham Kotei Neequaye, is confident of becoming the next president of the sport's regulatory body when the stakeholders go to elective congress later in the year.

Mr Neequaye believes he has what it takes to continue the good works of Peter Zwennes who is expected to bow out from his post as president of the GBA this year.

Three names have popped up as potential presidential candidates vying to lead the GBA, with promoter Henry Manly-Spain and Rabone Dodoo believed to be interested in contesting for the presidency.

In an interview with the Graphic Sports, Neequaye explained that he was ready to come up with policies which would attract broadcasters and corporate entities to sponsor the sport.

He explained that with his experience in boxing as a manager and a promoter, he was confident of defeating anyone that decided to challenge him for the top position.

“I am contesting for the presidency and I am confident of winning,” said Mr Neequaye. “I believe in my capabilities and I know I have a lot of experience to continue with the good work of Peter Zwennes.

“I am willing to introduce good policies that will attract broadcasters and companies to sponsor boxing in the country,” he added.

However, the astute lawyer feels it is time to bow out for a new face to lead the administration. When asked if he would contest the GBA boss should the incumbent decide to go for a third bid, Mr Neequaye refused and said he won’t challenge his boss.

Mr Neequaye is, however, confident that Mr Zwennes was not willing to contest to be president having had a conversation with him.

“I consulted Peter Zwennes before deciding to contest and it was clear that he was bowing out. He is the only person I won’t contest because he is my boss.”