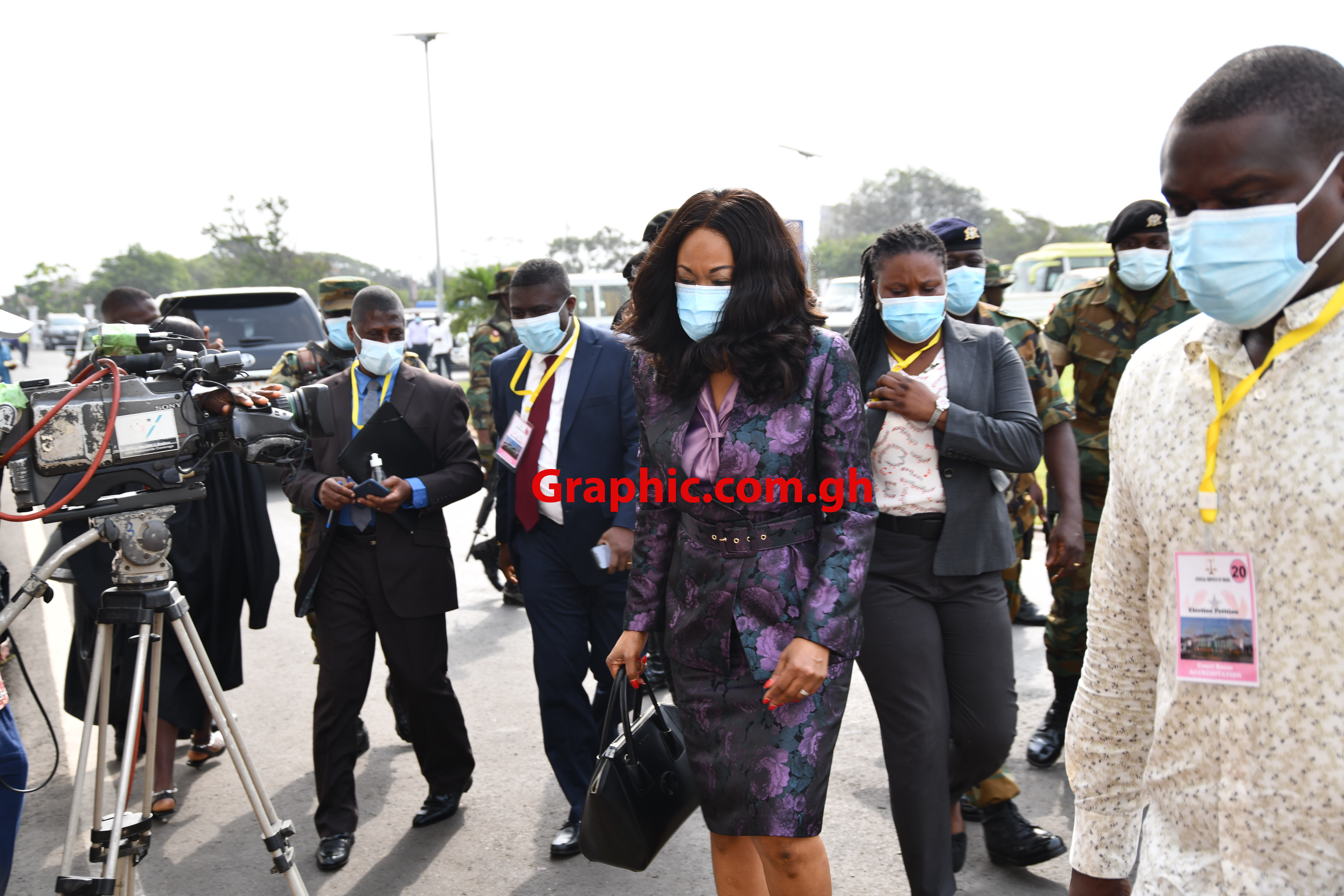 The Supreme Court has ruled that it has no powers under the rules of court to compel the Chairperson of the Electoral Commission (EC), Mrs Jean Mensa, to testify in the 2020 presidential Election petition.

The court has accordingly overruled an objection by the lawyers for the petitioner, Former President John Dramani Mahama, urging the court to compel the respondents (EC and President Akufo-Addo) to call their witnesses to testify.

According to the court, the respondents (EC and President Akufo-Addo) had the right not to adduce evidence even though they had filed witnesses statements.

It was the considered view of the court even if a party to a case files a witness statement, that party could not be compelled to produce the witness to testify.

This, according to the court, is because a witness statement is not evidence until the witness mounts the witness box and sworn to it.

The unanimous ruling by the seven-member panel was read by the Chief Justice, Justice Anin Yeboah

You’re on you own

The court further held that per the rules of court, the petitioner must rely on his own case and not the witness statements of the respondents.

Also, the court dismissed an argument by counsel for the petitioner, Mr Tsatsu Tsikata, that as the Chairperson of the EC, Mrs Mensa, must be compelled to account to the people of Ghana her stewardship during Election 2020, by mounting the witness box.

The court held that Mr Tsikata did not tell the court any law that supports his argument that Mrs Mensa should be treated differently as compared to any other potential witness.

Per this decision the court will determine the petition on the merit of the evidence presented by the petitioner.

After the ruling Mr Tsikata asked the court to allow the petitioner to open its case again and issue a subpoena for Mrs Mensa to appear before the court and testify.