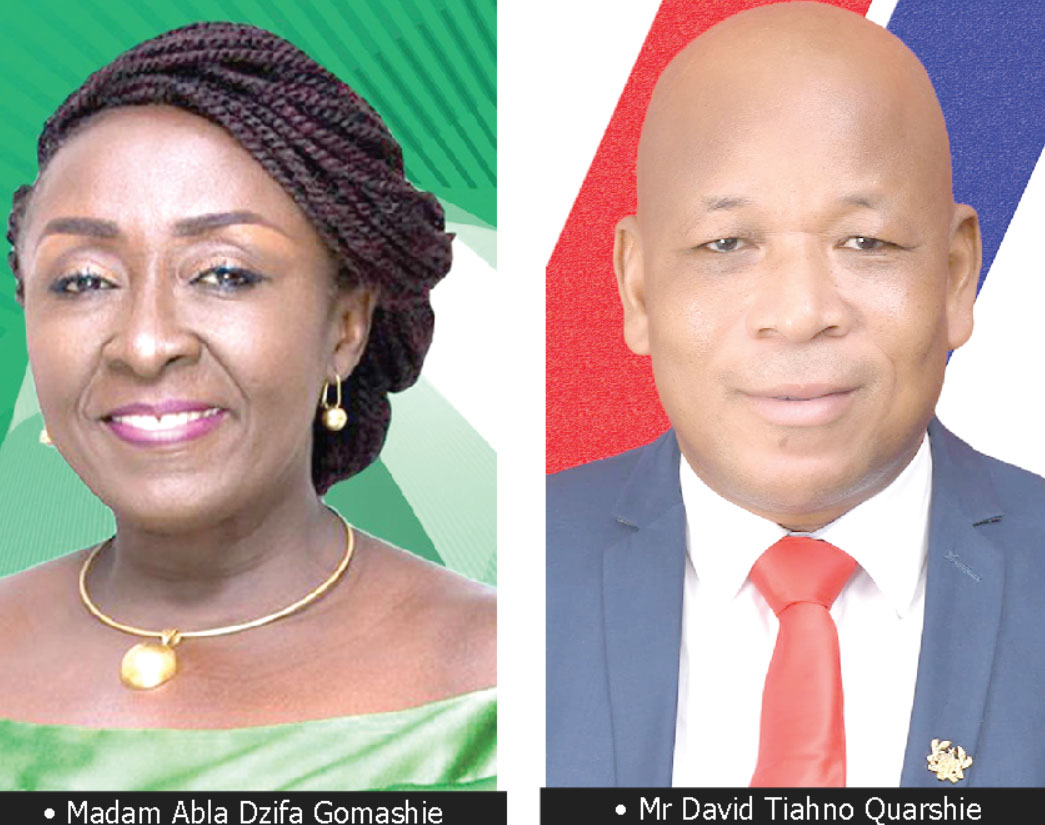 The parliamentary candidates of the two main political parties in the Ketu South municipality have described the just ended voter registration exercise as largely successful.

The two candidates gave the thumbs-up in separate interviews with the Ghana News Agency (GNA).

Ahead of the December polls, the EC conducted a mass voter registration exercise from June 30 to August 6, 2020 and undertook a two-day mop up exercise on August 8 and 9, 2020.

While commending the EC for the successful exercise, Ms Gomashie said the centre for the mop up was too far from the communities, which made it difficult for some people to commute to the office to register.
“Again, logistics, including chairs and canopies, needed for the smooth running of the exercise created a challenge and should be addressed going forward,” she said.
“I am happy for the people of Ghana, Volta Region and especially Ketu South for coming out to register in their numbers in these extraordinary times. Neither the fear of COVID-19, the harassments, intimidation and the challenge forms stopped them from coming out,” she said.

NPP candidate
For his part, Mr Quarshie said he was satisfied with the overall conduct of the registration exercise and debunked claims of intimidation, harassment and tagging of residents as foreigners in the municipality.
He called on the people of the Volta Region, especially those in Ketu South, to disregard the so-called “Togolese tag” on them because the current government did not consider them as such.

EC
The Municipal Director of the Electoral Commission, Mr Kofi Sakyi Boampong, said the process was successful.
“Any eligible applicant desirous of registering for the voter card would have done so within the regular and the mop up period. The office made efforts to communicate the gazetted schedules to the public in a bid to inform them to participate in the exercise,” he said.
The exercise, which ended last Sunday, had 139,100 applicants in Ketu South registering out of which about 800 applicants had their registration challenged.-#GhanaVotes2020# - GNA