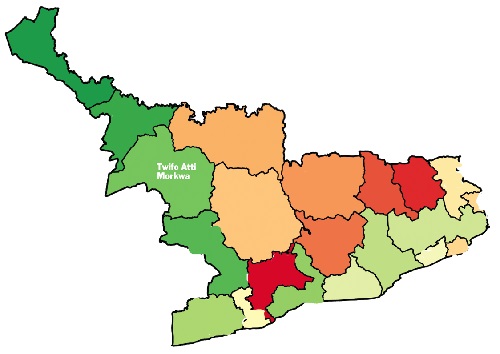 It prides itself as one of the food baskets serving the Central Region; however, like many food producing areas, the residents lack the basic social amenities, a situation that has not spared the constituency from the impact of illegal mining, popularly known as galamsey.

The gallant farmers produce cocoa and oil palm on a commercial basis to support themselves and their families.

Indeed, about 72 per cent of households in the constituency engage in agriculture, according to the 2021 Population and Housing Census.

The Twifo Atti Morkwa Constituency is one of the 23 constituencies in the Central Region and also stands as a district.

It is about an hour-and-a-half’s journey north-west from the central regional capital, Cape Coast.

Twifo Praso is its capital and Robert Agyeman Nyantakyi is the District Chief Executive, with David Vondee as its Member of Parliament (MP).

It has the Twifo Praso Senior High School and a Nurses Training College.

The district has about 75 per cent Akan population, with a noticeably high Ewe settler-community population.

The constituency’s parliamentary seat has been held mostly by the National Democratic Congress.

It was captured for the New Patriotic Party for four years only in 2016 by Abraham Dwuma Odoom and taken back by the NDC’s David Vondee in 2020. 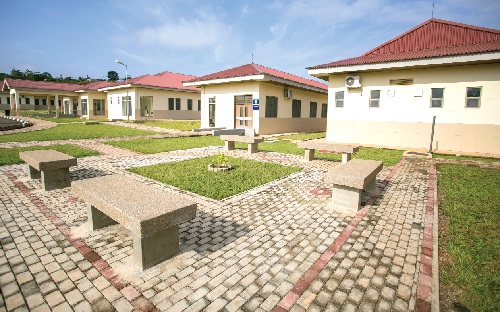 The 60-bed facility has 28 medical and non-medical buildings on a floor area of 15,000 square metres, a 10-unit staff accommodation and four theatres. 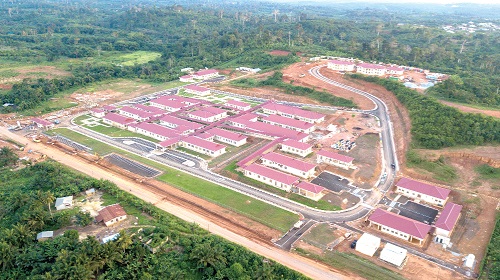 This is complemented by Community Based Health Planing and Services (CHPS) compounds in some communities.

The high unemployment rate in the constituency has compelled some of the youth to actively engage in the galamsey menace that has destroyed their once potable River Pra.

Edu, a resident of Twifo Praso, said it had become difficult to control activities of illegal miners because many of the youth did not have jobs and depended on illegal mining for survival.

“It’s wrong to mine in the river but a hungry man can do anything,” he stated, adding that if the youth had decent jobs the illegal mining menace could be reduced.

He called for initiatives in the districts under the one district, one factory initiative to help create jobs for the constituency’s youth to reduce their migration from the area.

Not only are the people of the Twifo Atti Morkwa District very displeased about their very bad road network; they are also unhappy their roads experience the extremes when the weather changes -- too much dust during the dry and sunny periods and also too much mud when it rains.

They indicated that because the main economic activity in the area was farming, farm produce usually got rotten in the farms as vehicle operators were reluctant to ply the area due to the deplorable conditions of their roads.

The Paramount Chief of Twifo Atti Morkwa, Nana Kwesi Kenin, appealed to the government to tackle more road projects in the area to open it up for development.

A request re-emphasised by some members of the transport unions in the constituency who maintained that the Twifo Praso town roads and major roads connecting adjoining districts needed to be done with urgency.

“Everything we do is linked to transportation and if our roads are this bad, then we can’t achieve much,” an officer with the Ghana Private Road Transport Union (GPRTU) at Twifo Praso, Joseph Boadu, said.

The DCE, Mr Nyantakyi, alluded to the fact that the road network was a major issue, but said the assembly was working to improve it, expressing the hope that the Twifo Praso town roads project would begin soon. 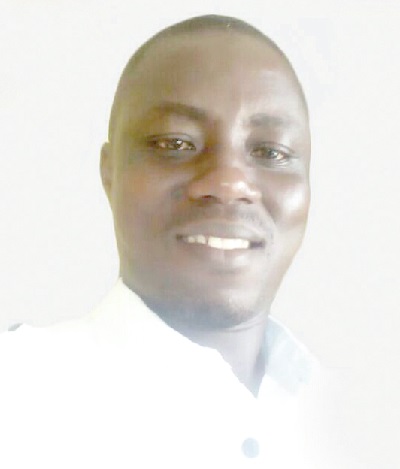 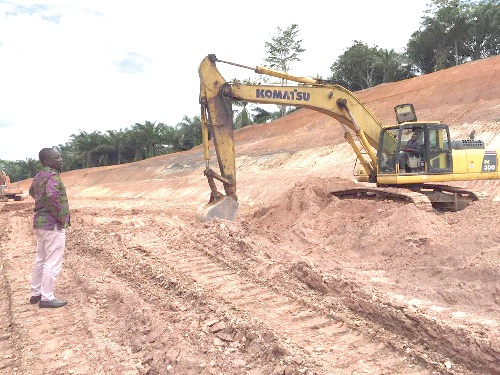 Mr Nyantakyi further noted that work on the construction of a new bridge over River Pra at Twifo Praso was progressing steadily.

The 175-metre bridge, he said, was expected to be completed in March next year.

The project also includes the construction of one kilometre asphalt approach roads at both ends of the bridge.

The new bridge replaces the old one, an existing steel truss and concrete railway bridge which was adapted for vehicular use.

The width of the old bridge did not allow for the passage of a two-directional flow of traffic at a particular time but the new one does.

He further noted that telecommunication network which was a major problem was also receiving attention.

Mr Nyantakyi said various projects had been undertaken in the communities, explaining that a new district hospital had come in to provide health services for the people, classroom facilities improved and the Twifo Praso market had also been expanded to accommodate the many who come in to sell. 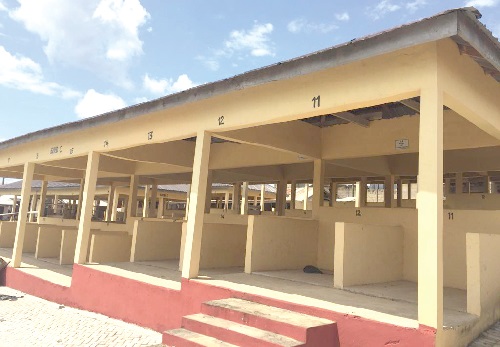 Also, work on the drainage for the town roads had begun though the work had stalled for some time, but said efforts were being made to get the contractors back to site.

The MP for the area said he had since his election supported the training of about 1,500 youth with employable skills as a way of helping improve the employment situation. 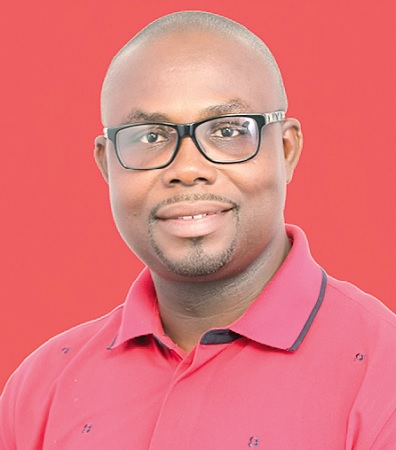 Additionally, he had supported funding for about 400 tertiary students and 250 senior high school students in the constituency to remain in school, and registered or renewed the national health insurance for about 200 people.

Again, he had worked to get boreholes for some communities or repaired damaged water facilities in Bonsaho, Kotokyi, Akyiabo and Aboso to provide potable water.

“I continue to lobby for some major road projects in the constituency and as and when needed, I have distributed farm inputs such as Wellington boots, machetes, knapsack spraying machines to farmers in selected communities,” he told the Daily Graphic.

Mr Vondee said he had also rehabilitated some CHPS compounds at Kayireku and Nyinasi, saying the issues affecting the people were many but gave an assurance he was working to help provide solutions to them He encouraged the people to come together to support efforts towards development.