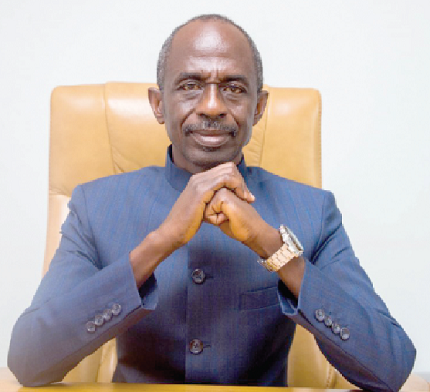 The General Secretary of the opposition National Democratic Congress (NDC), Mr Johnson Asiedu Nketiah, has been appointed to serve on the Parliamentary Service Board (PSB).

The appointment of the six-member board followed a recommendation by the Advisory Committee of Parliament to the Speaker.

Announcing the composition of the PSB last Monday, Mr Bagbin said, per the letter, some members of the committee expressed reservation with the appointment of Mr Asiedu Nketiah onto the board.

“It is considered by some members of the committee that the membership of Mr Asiedu Nketiah amounts to an undesired intrusion into the governance of Parliament by a political party and may not in the circumstances bode well for the independence of Parliament since he is the general-secretary of a major opposition political party.

"Notwithstanding, Mr Speaker is the person clothed with the authority to appoint the other four persons, who together with the Clerk-of-Parliament constitute the Parliamentary Service Board,” he read the report of the committee as saying.

Mr Bagbin thanked the committee for its advice and assured that he would proceed to appoint the persons named as members of the PSB.

“But I want to note that the former Parliamentary Service Board had Honourable Hackman Owusu-Agyeman as a member of the board and Hackman Owusu Agyeman later became the Chairman of the Council of Elders of the New Patriotic Party (NPP).

“That one was not intrusion into the governance of Parliament by a political party. What is good for the gander is also good for the goose. Honourable members, the board will be constituted and we will start our work,” he said.

Responding to the announcement, the Majority Leader, Mr Kyei-Mensah-Bonsu, said while he might disagree with the Speaker's ruling, he would not challenge him.

"The reason is if I should challenge every ruling and maybe there is a debate on it and Mr Speaker's ruling is brought down, I have succeeded in doing it, inflicting a mortal wound on the chair and that will bring the repute of this House down.

On March 22, this year, the Speaker directed Parliament to exert pressure on the Advisory Committee to advise him on the appointment of four individuals to serve on the Parliamentary Service Board (PSB).

The board is mandated to seek the welfare of members and staff of Parliament, as well as promote other interests of the Legislature.

Its presence allows Parliament to undertake various procurement activities to ensure the smooth running of the Legislature including recruitment and conditions of service of the staff.