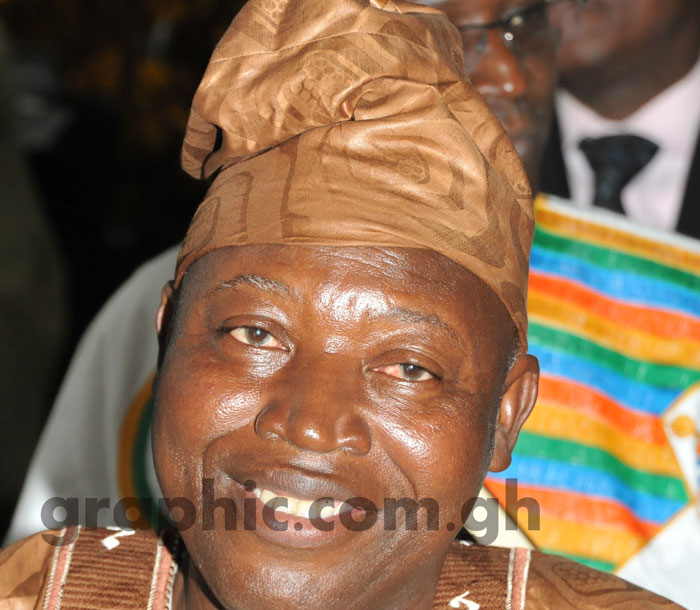 The Northern Regional Minister, Mr Bede Zieding, has expressed concern about the lingering effects of protracted conflicts in some parts of the region.

He has therefore entreated the people to resort to the use of dialogue in resolving their differences.

He observed that the situation accounted for the existing food security problems in the area,leading to the endemic poverty and deprivation in most communities in the region.

The minister cited the long-drawn out internecine conflict in the Nakpanduri area, and lamented that the intransigence of the warring factions was further plunging the area into deprivation.

The minister was speaking at the inauguration of the Food Security and Environment Knowledge Sharing Network Forum in Tamale on Wednesday.


The forum formed part of the 14.5 Million Canadian dollars Food Security and Environment Facility Project for the three northern regions. The project that commenced in 2008 is expected to end in May, 2016. It is being funded by the Canadian International Development Agency (CIDA).

The meeting was therefore to discuss and disseminate knowledge gained in the implementation of those innovations.

The Minister for Agriculture, Kofi Humado, in a speech read on his behalf, called for effective collaboration of development agencies in the implementation and review of projects at the district level to ensure the desired impact.

He noted that the failure by stakeholders to partner effectively had led to duplication of projects and inefficiencies in their implementation in some districts of the country.

The minister further observed that in some cases, district coordinating directors were not aware of the implementation of projects by some agencies operating in their communities, leading to lack of supervision.

A Deputy Minister for Local Government and Rural Development, Baba Jamal, said it was the mandate of the government to safeguard and sustain food security for the eradication of poverty and hunger.

The minister however acknowledged that this objective would not be realised if there was no coordination among different central line ministries and local government authorities in dealing with food security issues.

According to him, such coordination “provides basic infrastructure such as roads, water, markets that support the production and distribution of food crops and a forum for community groups and also monitor local food security.”

The Team Leader of CIDA in charge of Gender and Development, Loree Semeluk, said food security was a priority of Canada’s bilateral development assistance programme in the country where they focused on strengthening the capacity of small holder farmers, including women in the north, where there was the challenge of drought and desertification.

“Therefore the promotion and adoption of sustainable land management practices and environmentally sound agricultural technologies along with the strengthening and engagement of both women and men is fundamental to securing food security in the area,” she stated.

Ms Loree indicated that currently 15 innovative programmes that included onion and cage fish farming were being undertaken under the project. For instance, she disclosed that two metric tonnes of tilapia were produced from 12 cages while bulb-sized onion production increased from nine to 12 metric tonnes per acre.