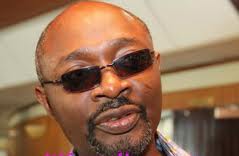 The businessman at the centre of the judgement debt saga, Mr Alfred Agbesi Woyome, has accused some members of the National Democratic Congress (NDC) and the New Patriotic Party (NPP) of taking advantage of his trial to embarrass him.

He described attacks on him by the two main political parties as “unprecedented onslaught” designed to cover up some crimes perpetrated by some individuals in those parties and maintained his innocence in the matter, stating that all those pushing for his trial would be exposed in the final analysis.

He wondered why the two parties had strategies to gang up against him as an individual, while many people who were engaged in corrupt deals against the state were let off the hook.

Expressing his frustration at a news conference at his residence in Accra yesterday, Mr Woyome said the NPP used its parliamentarians to malign him, to the extent that the party used his trial to gain political mileage in the December 2012 general election.

He said some people in the NDC also hyped the matter by instigating some members of the NPP against him and cautioned that for now he was tight-lipped on a number of serious issues involving some personalities which he would expose at the appropriate time.

Mr Woyome is currently standing trial at the Financial Division of the Fast Track High Court on two counts of wilfully causing financial loss to the state and defrauding by false pretence.

He is alleged to have made fraudulent claims to the government, resulting in the payment of GH¢51.2 million to him in judgement debt.

He  has denied any wrongdoing.

Mr Woyome claimed membership of the NDC and said as a social democrat, he remained a true member of the party.

He said it was strange that there was no end in sight as far as his trial was concerned, noting that if he was culpable for what he had been accused of, “why can’t the case be brought to an end”?

“This case must definitely come to an end and at the end of it all those who were behind it will surely be exposed,” an angry Woyome said.

He accused a section of the media of engaging in biased reportage on the matter.

He averred that the media only took interest in picking and choosing areas of the trial that portrayed him (Woyome) in a bad light but left out sections of the trial where the state’s credibility was on the line.

Mr Woyome faulted some institutions of state for joining in the fray to malign him when those institutions should rather be advocates for truth and justice after they had seen the truth about the judgement debt brouhaha.

He was upbeat about coming out clean after the matter had been brought to a close but maintained his resolve to make public all he knew about the matter and the individuals involved.

He expressed appreciation to the media for taking interest in the matter and cautioned against misleading reportage aimed at causing panic in society.

Mr Woyome expressed his dissatisfaction with the story on proceedings of his case at the Court of Appeal which was published in the Friday, May 10, 2013 edition of the Daily Graphic, contending that the reportage created the impression that he had lost the substantive case which was currently pending before court.

He said it was not the landmark ruling that the reportage sought to portray but rather an interlocutory application that was dismissed by the Court of Appeal.

Mr Woyome expressed his appreciation to friends for their support during the earlier days of his trial.


Story by Sebastian Syme
Writer’s email: This email address is being protected from spambots. You need JavaScript enabled to view it.